Today is the first day of the rest of my life. As citizen of Barcelona. When they try to kick me out of this opulent flat in which I currently reside, I will barricade myself in. Tomorrow I’ll spend the day recruiting minions off the streets of Barcelona to help me defend my stay. In all my travels I have yet to cause an international incident. But one must move forward in their life…. perhaps this will be my 15 minutes of fame.

We flew in on US Airways, and as its name implies, it is a domestic airline…. a bit of a shock for those of us who travel abroad relatively frequently…. no flappy things on the head rest to lean your sleepy head against; no personal TV consoles; and most egregiously, NO FREE DRINKS! For some reason in the middle of the night when everyone was trying to sleep, they decided to fill the big screen at the front of the cabin with some TV show, which though I did not watch I could discern through my eyelids must have been something about the history and utilization of strobe lights. And of course, the obligatory fussy toddler.

Nonetheless, we arrived in Barcelona in good spirits. People ask me all the time as a trip looms near, “Are you excited for your trip?” The answer in all honesty would have to be, “No.” (Sometimes I answer “yes” for convenience, but I’m telling you now that if I say that, I’m lying.) I used to say that I only got excited once I was on the plane that was exiting the U.S. and in the air. But I realized driving in rush hour traffic from the Barcelona airport to our friend’s-friend’s flat in the city, that truly I only actually get excited when I’m in the taxi or bus or train, whatever, from the airport to my first on-land destination. 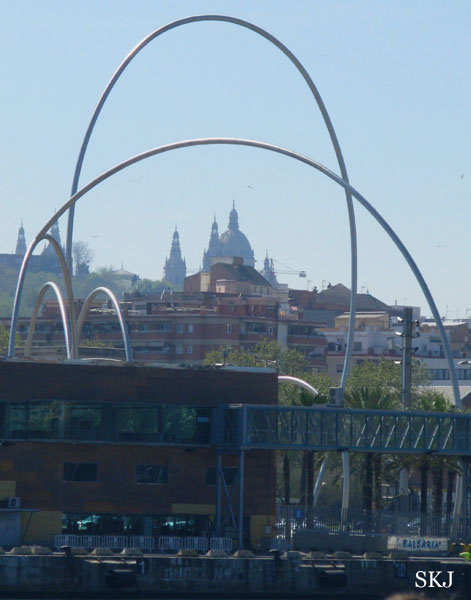 Taxiing into Barcelona brought back fond memories of riding sportbikes with our friends in Greece as the motorcyclists and mopedists (it’s a word, I’m sure) were lane-splitting all around us. Though here they are a bit more cognizant that speed limits exist. Still, it made me nostalgic for the naughty feeling that riding in Greece gave us Americans zooming between the cars at double their speed, lining up at stoplights in front of the cars like the starting grid for a race until the cars honked to signal the motorcycles to go. It would be so great if we could lane-split in the States.

Well anyway, we’re not in Greece but in beautiful Barcelona. Everyone I talked to who had been here raved about it and I can see why. I can also see that one week will be a paltry amount of time here. Barcelona alumni also went on and on about “Gaudi”…. love Gaudi, love Gaudi, Gaudi, Gaudi. And little ol’ me knew nothing about this Barcelona architect. Boy, do I feel silly. Because now I love Gaudi! Gaudi Gaudi! I’m a fan!

Yesterday after dropping our luggage off at the flat and reuniting with my friend from last year’s South Africa Earthwatch trip and meeting his wife, Erik and I just roamed the streets randomly. Since the guidebook I ordered off Amazon 3 weeks ago never did arrive, we struck out in complete ignorance, though our friends accompanied us for awhile with some tips. Then we parted ways for the rest of the afternoon. We passed several Gaudi buildings. Hope to tour the insides later in the week. Today we went to Gaudi’s piece de resistance, the Sagrada Familia cathedral, and Guell Park. The cathedral is an epic of architectural vision and ingenuity. Not at all like your typical European cathedral, it is shaped with Gaudi’s signature organic forms, and Christian iconography is minimal. It is all about soft lines, shapes and color. It seems obvious that Dali’s artistic visions must have a deep-seated inspiration from Gaudi architectural forms. (Hope to go to Dali museum outside Barcelona later in the week.)  Here are some photos from the Sagrada Familia. 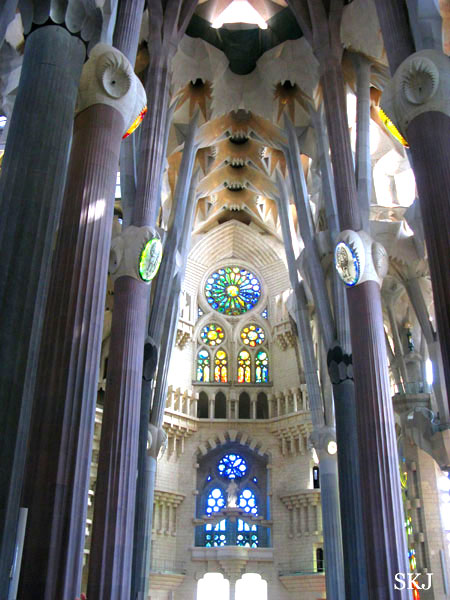 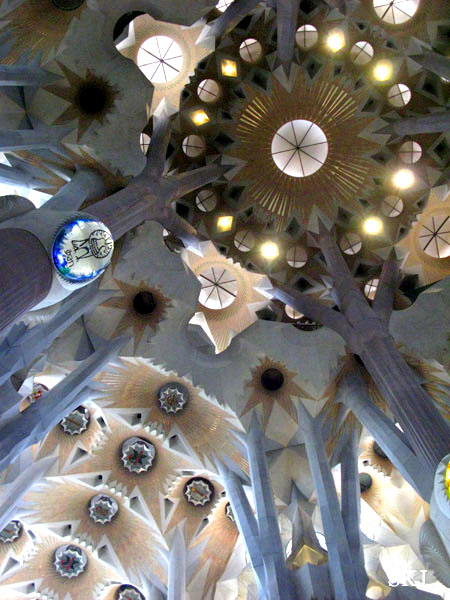 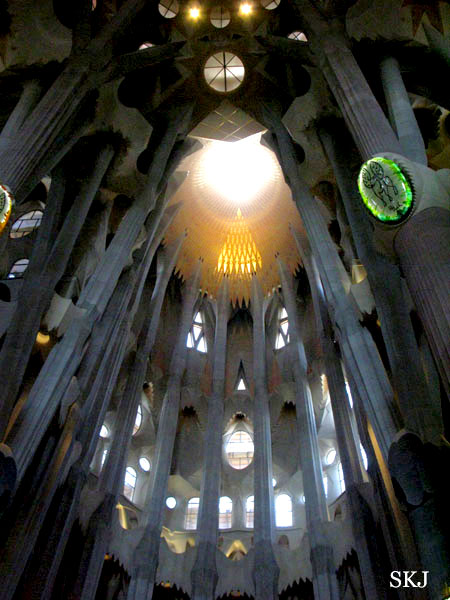 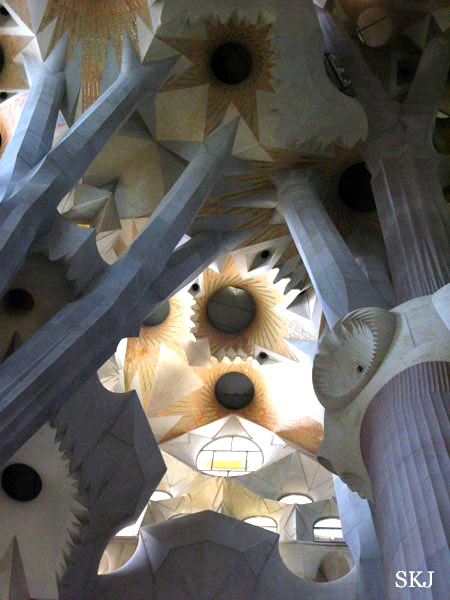 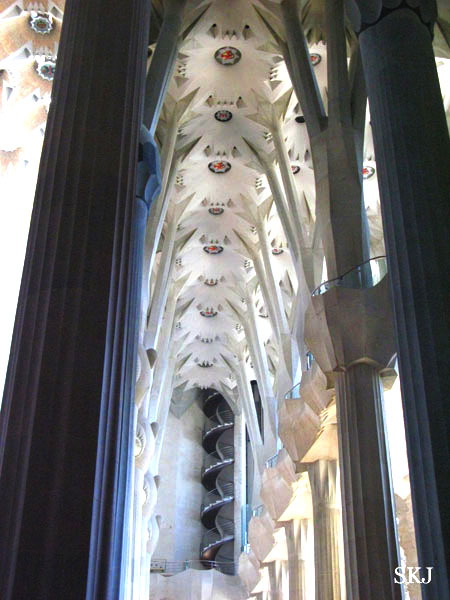 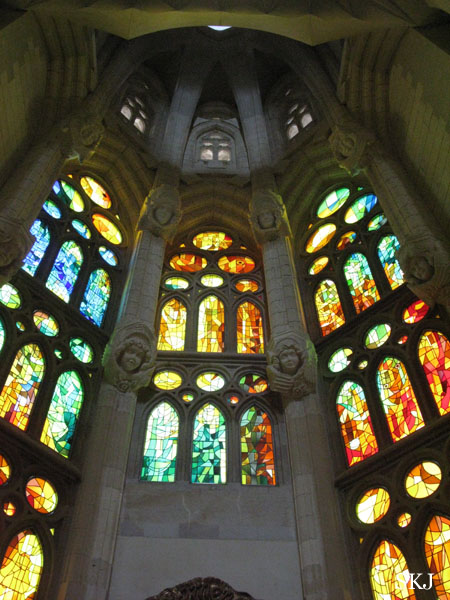 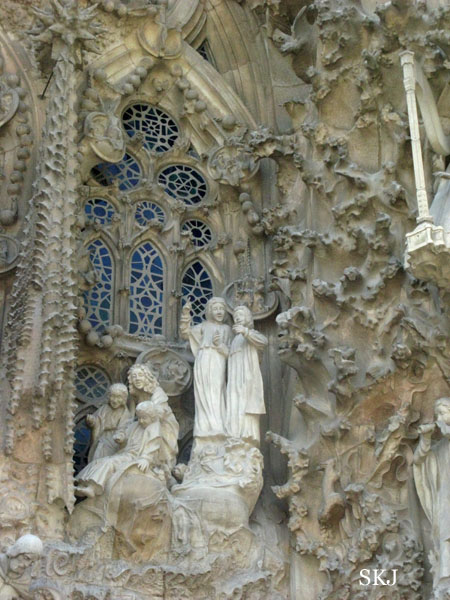 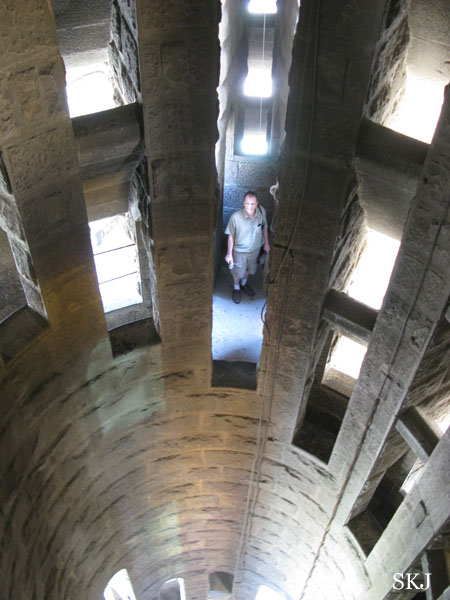 While our friends attended a soccer game last night, Erik and I took a much needed nap and waited to greet another arriving guest. So we are a party of 5 for a few days. Got a late night dinner (normal dinner time around here) around 11:30pm at a spot just behind our flat, came back and had beer and port at the flat. Wandered off to bed about 2:30am and got up at 9:30 this morning. (yawn….)  Spring weather is lovely. Here are a couple photos from the market. Tons of peppers and tons of candy. 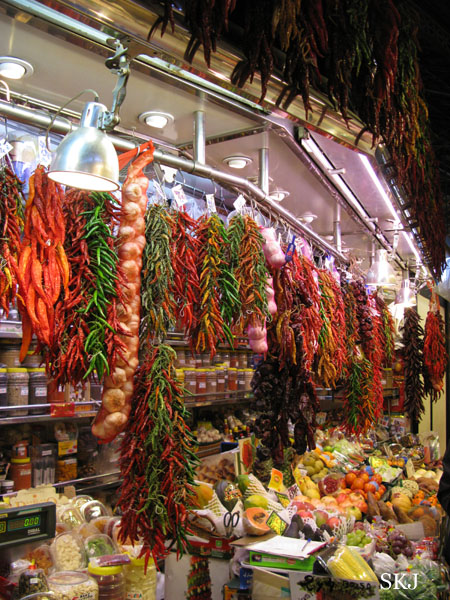 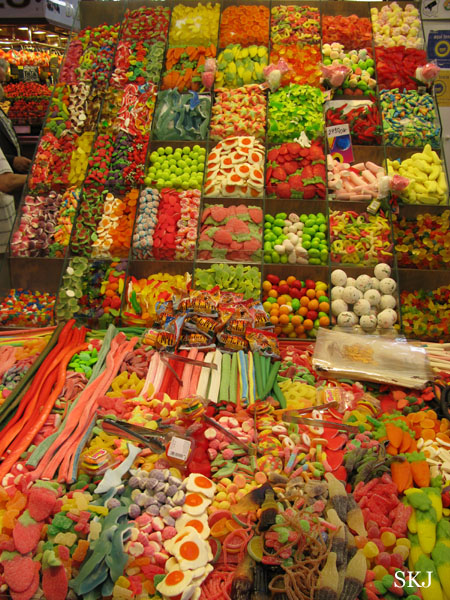 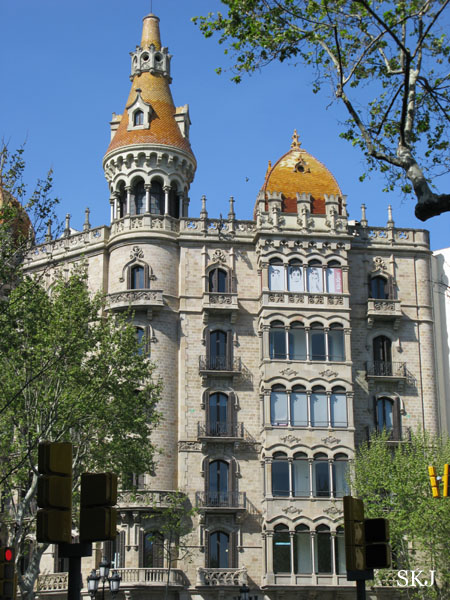 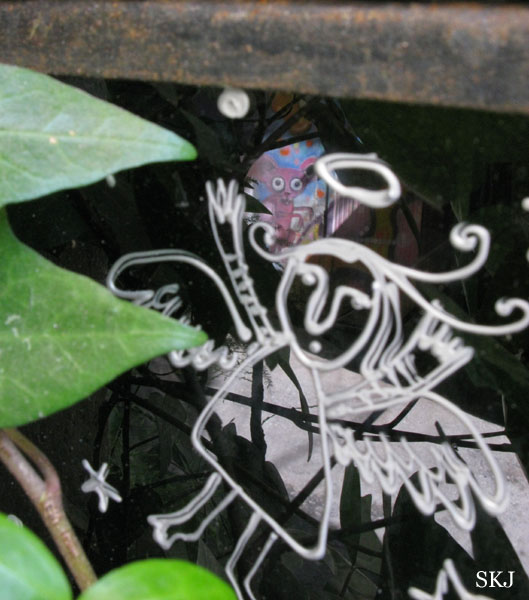