What Travel Has Taught Me: Empathy, Tolerance, Global Citizenship

I grew up in a very "white-bread" town. Most people in the community were middle-class white-collar workers, it was culturally, racially, and largely economically homogenized. In my public school, there were a handful of Latinos, half a handful of Asians and three black students during my tenure. The university I went to for my bachelor's degree wasn't much more diverse. So when I started traveling the world, it was kind of a scary place sometimes. When I -- or my husband and I, or a small group of research volunteers and I -- were the only white people in an area for days or weeks at a time, it was very weird to me, and I must admit, it caused me some anxiety, particularly when I also didn't speak the language.

My first immersive experience was with a volunteer research team in a small fishing village in Brazil. This wasn't a place for tourists. But at least I had several other Americans with me on this team, so I always had a familiar companion venturing through a very impoverished village -- something I'd never seen before -- surrounded by people who wanted to talk with us, drink with us and dance with us, but whose language we didn't speak. With the help of translators, we sat with people inside their homes -- which ranged from tidy brick houses to wooden shacks on stilts with gaping holes in the floor -- and conducted extensive, 100-question interviews about how their trust in their community and country was changing with the dramatically increasing presence of televisions in private homes (this was back in 2000). I spent two weeks there, and I evolved dramatically from feeling apprehensive around the people in this completely foreign atmosphere to feeling a sense of camaraderie.

My privileged life was still nothing like theirs, but it turned out they were friendly, and the basic tenants of their lives were the same as mine. That might sound incredibly naive that I wouldn't have known that to be true ahead of time. But I talk to many people now who have not experienced the world abroad, and they have the same curiosities, fears and misperceptions that I first had. Conversely, many people I meet in my travels, particularly in Third World countries, have those curiosities, fears and misperceptions about where I live and about my friends and countrymen. Part of what I love about traveling to these areas is the *exchange* of information, it's not just me learning about them, but also them learning about me and my country.

A few years later, I volunteered for another ethnographic research project in a tiny peasant village in China where most people had never seen a Westerner before in their lives. I have so many funny stories about their curiosity regarding us, for the Chinese are not shy about staring, touching, asking questions (through our translator). But I also learned how much in common I had with peasants who lived in homes dug into the earth, like caves, had no running water (fetched it from a spring in the valley in buckets on a shoulder pole), farmed the land with wooden hoes, ground millet into flour on a stone grinding mill, buried their family members according to the feng shui master's advice, survived the brutality of the Cultural Revolution, survived numerous desperate periods of near-starvation, never took a shower, ever, because water is too scarce, and didn't know men had traveled to the moon, and meanwhile my dad was a rocket fuel engineer.

I had something in common with these people? Why yes, a lot. Not in the things we owned, the way we spent our days, not even the way in which we were married (their marriages were arranged), but there are more fundamental things in life, in families, in emotional and spiritual survival, and mostly, in friendship, that we shared. I spent time there in two consecutive summers and considered some of the villagers family by the end. 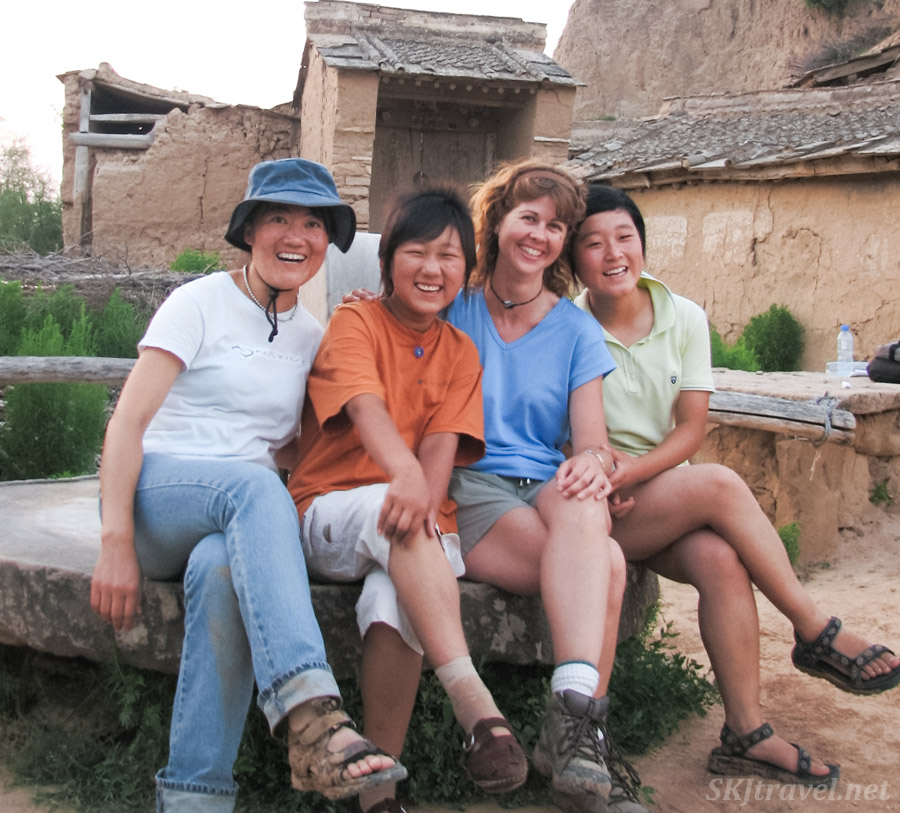 I also traveled around China after leaving the village each summer, one year completely on my own, and one year with my husband. I could speak very little Mandarin, could understand even less, and recognized zero written Chinese characters. Yet, I managed a total of six weeks traveling independently, despite many mishaps and silly mistakes, because everything always worked out with the kindness and sympathy of complete strangers who helped us along, sometimes going to extraordinary measures on our behalf.

Over the next few years, I did two stints of volunteer work in sub-Saharan Africa, one with wildlife in a Big 5 game park in South Africa, and one with rescued animals at the Entebbe zoo (Uganda).

I loved the conversations I had with those of the Zulu park rangers in South Africa who spoke English. Inevitably, they all asked me how many cows I owned (this is the real currency among Zulu). My husband joined me after that and we spent three weeks driving ourselves around South Africa and Lesotho in a piece-of-junk rental truck that broke down numerous times, forcing us to rely heavily on the hospitality of locals. One time when the truck got a flat tire, the first place we could pull off to fix it was in an all-black town. My husband started trying to change the tire and I was left with the task of finding a payphone in this town to call the rental company, as we had a laundry list of broken items on the vehicle. I was quite scared walking around that town by myself, asking at convenience stores how to find a phone. But everyone was so nice and helpful, and by the time I got back from my errand, the tire was already changed because a guy walking by stopped and offered to help my husband with it.

In Uganda, after my time at the zoo, I traveled all on my own for a couple weeks. This period of time is where I felt most painfully conspicuous, as I was pretty much always the lone white person, and a lone female, at that, walking down streets, entering restaurants and stores, trying to ride buses and motorcycle taxis ..... It was intimidating, but I have never felt more taken care of than I did during that time. Everyone I met and even perfect strangers looked after me with a keen maternal kindness. I never once felt afraid or threatened or uncomfortable (except when claustrophobic inside public buses and minivans!). I couch surfed, stayed at a make-shift primary school meeting the kids and teacher, and learned so much about rural Ugandan life. My favorite question often asked of me was if we could see stars in America. 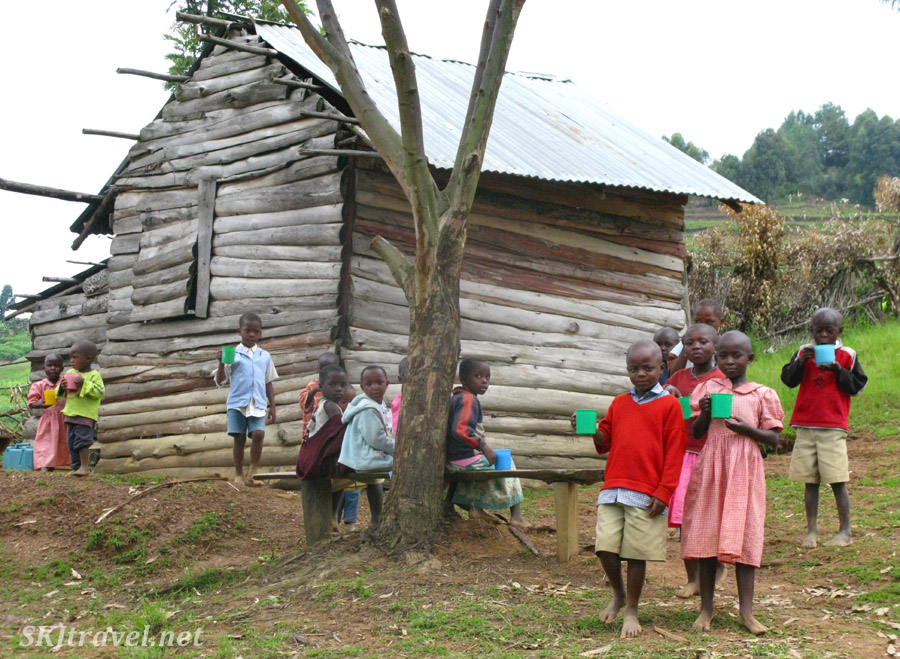 I've traveled in Iran as an American, to be greeted with overwhelming friendliness and hospitality when everyone back home kept asking me, "Is it safe? Aren't you afraid to go there?" as if they expected me to be pelted with rocks for being an American. No country has been nicer to me and my husband, and it turns out most young people pine for Iran to be more like Western countries; they are not the conservative religious zealots our media would have you believe. They are very interested in Western culture, fashion, television, music, social media ... all of which they have become resourceful enough to access clandestinely and enjoy in their private homes among friends. We even played laser tag one night with our guide's friends! And as Iranians are the world champion picnickers, we had picnics and uncountable cups of tea, and could not have felt more at home among comrades. 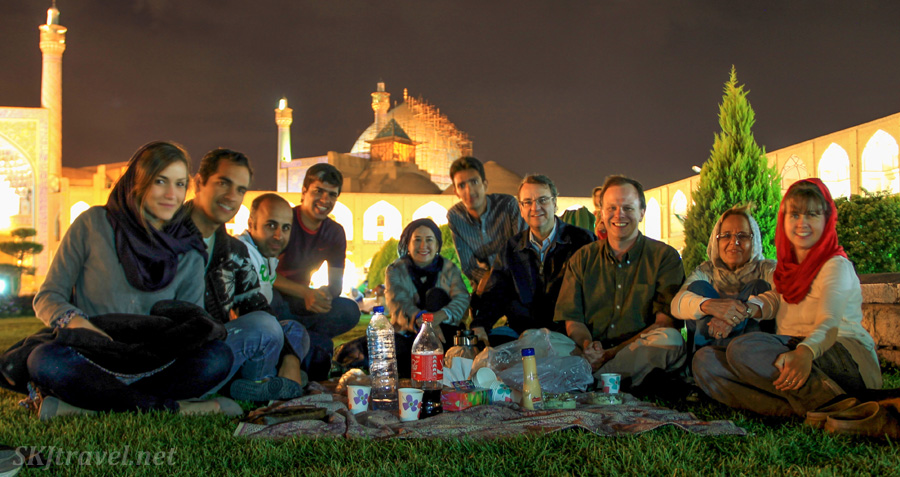 I've traveled in areas with codes of hospitality that haven't been observed in my country since probably close to 100 years ago ... the obligations (which are never seen as a burden) to host strangers passing through and share whatever food you have with them, to give lifts to strangers and pick up hitchhikers. And "when in Rome" ... we've tried follow the cultural codes when appropriate.

I've now been to all seven continents and 30-some countries, stayed in 5-star hotels, tents, mud huts and everything in between, and at the end of the day, what I've learned and taken most to heart, despite all the astounding landscapes, history, architecture and wildlife I've witnessed, is the appreciation for all the different cultures, races and ways of life I've encountered, the recognition that we all belong to the same planet, the same human conditions; there is no group of people with whom we cannot find common ground. And if I stayed home in the kind of xenophobic bubble that many of my countrymen do, I would have missed out on so many acts of kindness shown to me, so many amazing life stories shared with me, both inspiring and horrifying -- people who have led epic lives and people who have led tragic ones. They're all stories worth knowing, they bring us closer together, even the mundane ones.

Last year, I volunteered at a refugee camp in Greece, where people largely from war-torn countries of the Middle East such as Syria and Iraq, some with nothing but the clothes on their backs, had come across in tiny boats from Turkey, landing on the shore of Chios Island hoping to be processed and granted asylum in Europe. While a lot of the world was turning their back on this humanitarian crisis, I knew in my heart, from what I've learned traveling, that those refugees were "real" people and that only by luck of the draw was I living in a country not currently destabilized by war and ideological fanaticism. It was sad and depressing working there distributing food and clothing, but also uplifting in yet another affirmation of the powerful force of human friendship and the strength of our common ground. 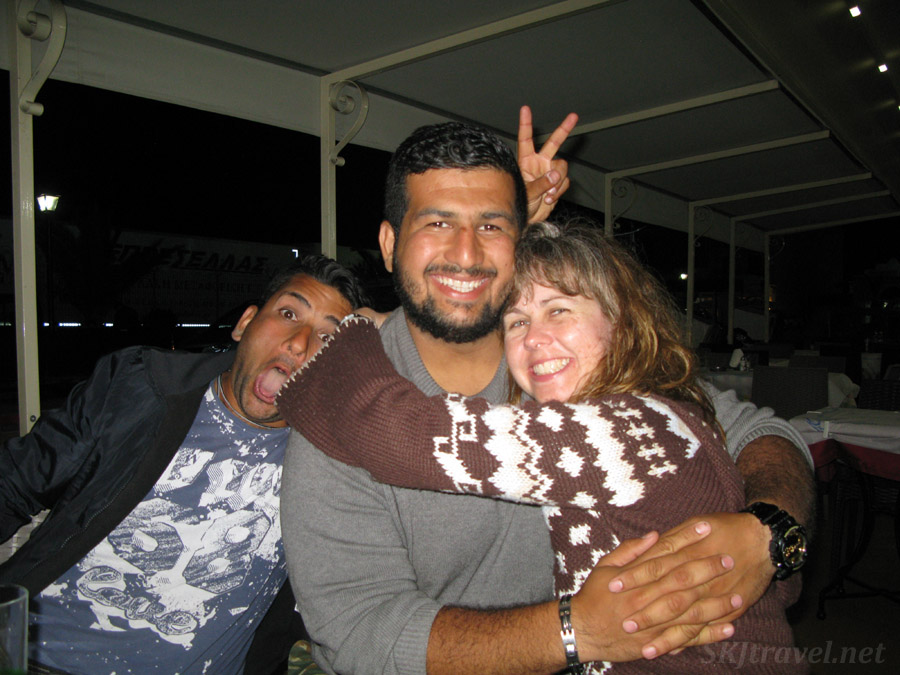 I can't change the world by myself. I'm not a person with the kind of personality suitable to even try. Some people are movers, but that's just not me. The best I can do, if I can't change the world, is at least know it. The saying that originally referred to the conservation of African wildlife, is just as true to the conservation of human compassion, which seems to me to be at an all-time low: "People will save what they love, they love what they know, and they know what they're taught." So if we would all just teach ourselves about the other citizens across this globe, get out there and travel, even if it's just once or twice in your life to somewhere deeply foreign to your own hometown existence, to recognize common ground, we would all be more empathetic, compassionate and tolerant global citizens, and that's a pretty damn good start to achieving the ideal we all say we hope for: world peace.