The Invisible Photo Ray - the Mystery of Kids and Cameras

Kids perpetually followed us everywhere through town while I was part of a volunteer team collecting sociological data from a fishing village near the mouth of the Amazon River in Brazil. And when the camera was out snapping photos, hordes of them would come out of the woodwork, crowding in front of the lens. There are many joys to photographing children around the world, but especially joyful is being with those who don't normally interact with cameras ... their families and friends don't own one, so having their picture taken is an exciting activity. As time goes on, it's harder to find these pockets of kids in the world, but they still exist.

One afternoon Pembe and I were strolling down one of the dirt roads that led toward the outskirts of town. Very few vehicles traveled these roads, they were mostly foot paths. We were starting to leave behind the dense rows of ramshackle houses, built of everything from cement to rotting wood, sheets of metal to grass. We passed some grass huts on stilts and found ourselves in a small, open field of tall jungle grass and bushes. Two little kids were hanging shyly around us and I knelt to snap a picture of a beautiful little girl. She was sweet and compliant, and stood still as a statue, as if I might be painting her on a canvas rather than pressing a button with my finger. 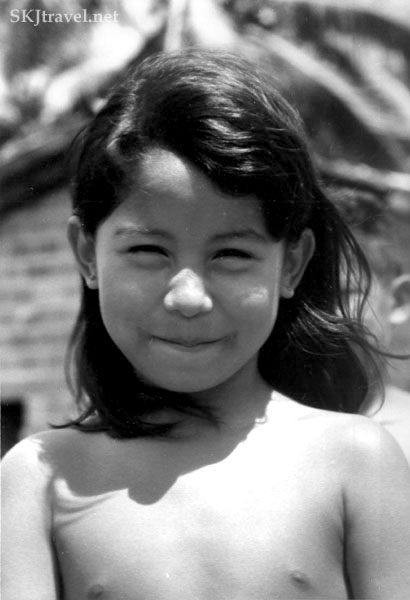 That sent out the invisible ray, like some kind of Bat Signal, that only children can see. Within no more than two minutes, more than twenty kids were suddenly flocked around us. Where on earth did they come from and how did they get there so quickly? It was astounding. I think they must have been hiding in the bushes the whole time, like little rabbits, and ran out when they saw we were snapping photos of their mates! Sadly, I couldn't speak enough Portuguese to find out from them how they received the Signal. They lined up across the road, making sure we could fit them all into our lens at once, laughing and coaxing us to click, click, click away. 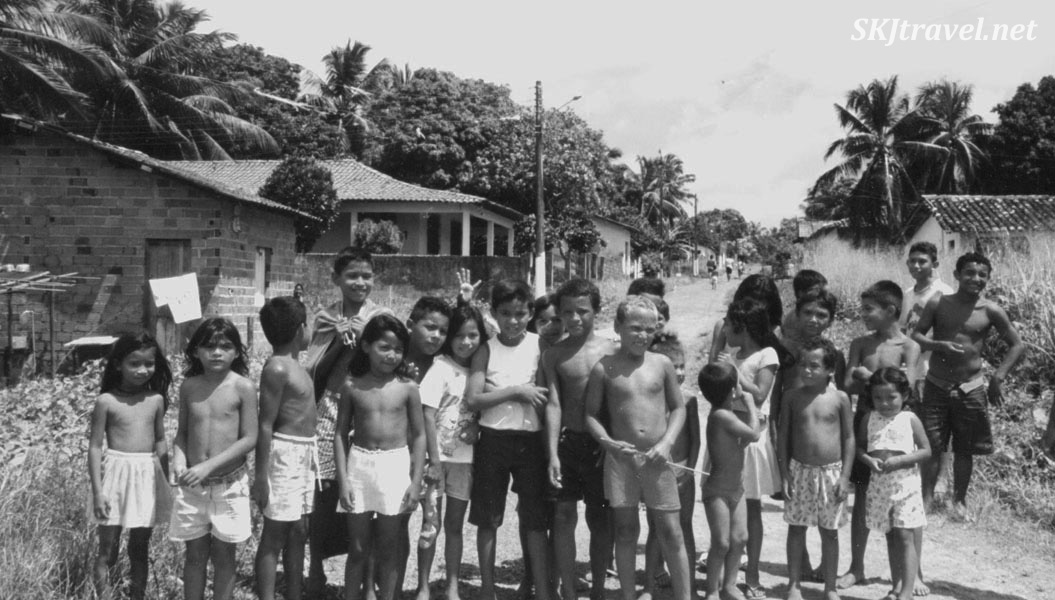 A guy in his late teens then came by with a big snake draped around his neck. He was walking right toward us, and Pembe and I were a bit freaked, but I have learned that the worst thing you can do around a boy with some creepy critter is to act or even look scared. So we feigned interest and he showed us his snake. Much to our relief, it was dead. He had taken the fangs out, and the mouth still dripped blood. He showed it to us proudly, and we touched it and said it was very nice. 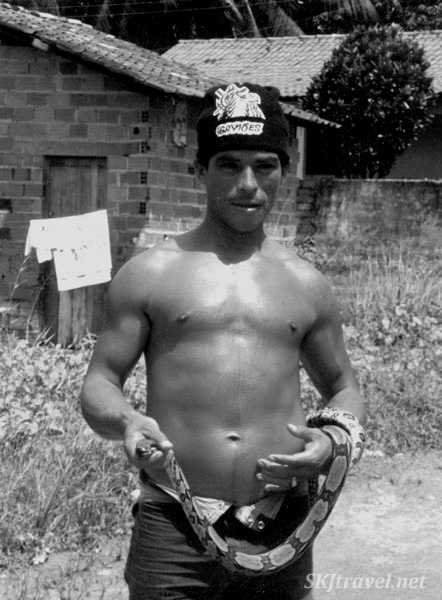 Then he did just exactly what I dreaded he would do to us, but instead to the little kids all gathered around -- he flung the snake at them! They all scattered screaming, and we were left with the empty road again, the children disappearing into their secret coves with their secret receptors to the invisible photo ray.

These photos, by the way, were taken with a film camera and scanned. So they aren't the clearest quality. The colors came out funky in the scanning, so I converted them to black and white. You can see another photo of a group of kids from this village, in the Friday Photo section posted on 02.07.2014.