View from an Airplane Window

I put this brief ditty together for another website soliciting pictures taken from airplane windows. After accepting it, then they lost it and it didn't make it into their post. So here it is for you fine folks, my very lovely readers -- a tiny tale of a view from an airplane window. :) 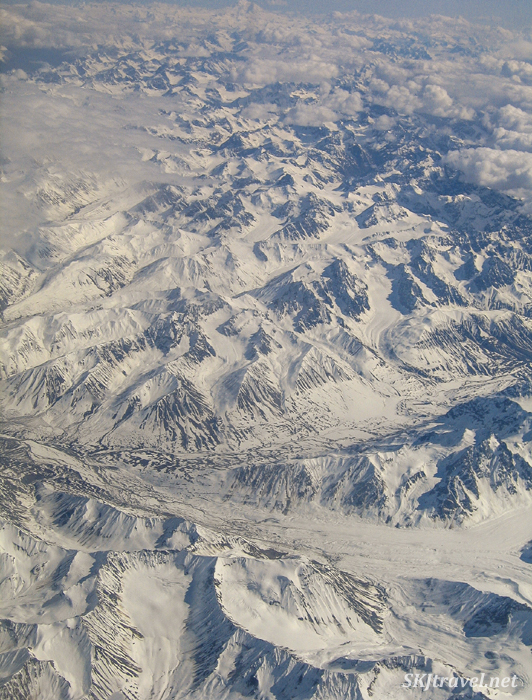 This is a view of a mountain range in Alaska. It was an unexpectedly emotional and meaningful moment for me to see this. I was flying from Los Angeles, California to Beijing, China. I had not considered the route that the airplane would take to connect the two cities. When the pilot came over the PA system to mention the nice views of the Alaskan mountains, I jumped out of my seat and went to the back of the jumbo jet to peer down at them through the window in the galley. Less than two years earlier, my dad had died in the remote mountains of Alaska. He had asked me to go with him on that trip during which he died, but I did not make it. He died of complications from Parkinson's disease while deep in the Alaska wilderness with his brother. I looked down from the plane and realized he had left his life somewhere in that maze of mountains. Somewhere in there is a river his brother had to row his body down for 36 hours to a cabin to phone for a plane. Somewhere in that maze of mountains, my dad's last breath touched the ripples and polished stones of a crystal river and evaporated. I stood there for a long time until the clouds finally obscured the peaks and valleys.