For my first 3-Hour Tour post, I’ll start with what I thought was one of the more fun routes we’ve discovered on account of all the mines and old buildings we ran across. Also very challenging drive.

Let me explain briefly that the area around Nederland, Colorado, and especially between it and Central City, is criss-crossed every which way with old mining roads and old forest service roads. The area around Central City was once known as the “richest square-mile on earth” for the wealth of minerals in the ground, particularly gold and silver. I couldn’t even guess at the number of old abandoned mining cabins, mines and ore processing buildings that dot the forested landscape. Of course, by now, every year there are fewer as their age has finally reached a critical point where many are collapsing. So I value each one I run across, not knowing how much longer it will stand.

So on this particular adventure, it was our goal to locate a 4x4 route from Mammoth Gulch Road to Gamble Gulch Road. We had pretty amazing luck ending up where we wanted to, considering the maze of roads that exist in this area … truly dizzying and hard to know in the thick forest if you’re driving in circles or not. We usually go out late in the day when the sun is beyond helping us, and our 4Runner ain’t got no fancy compass thingy in it. In fact, it ain’t got no fancy anything. Which is partly what makes it a great vehicle for exploring … a few more dents and scratches will hardly be noticed.

Putzing around online after we got home, I found a description of this route saying to be sure to bring your GPS for this very confusing route … Bah!! GPS-users are wimps. We even managed to find -- mapless and GPS-less -- the “shaft house” listed as an attraction of sorts on the website, and we didn’t even know it existed. This post was originally written while we had the 1988 4Runner. I'm updating now having revisited the shaft house after a good number of years - five or six - and we now have a 1999 4Runner named Chewie, whom we totally love. We also have Pinzy the Pinzgauer, but we revisited this site with Chewie. Part of the road has been significantly upgraded, so it's not so gnarly as it was the first time. Here are a few updated pics ... summer 2019. 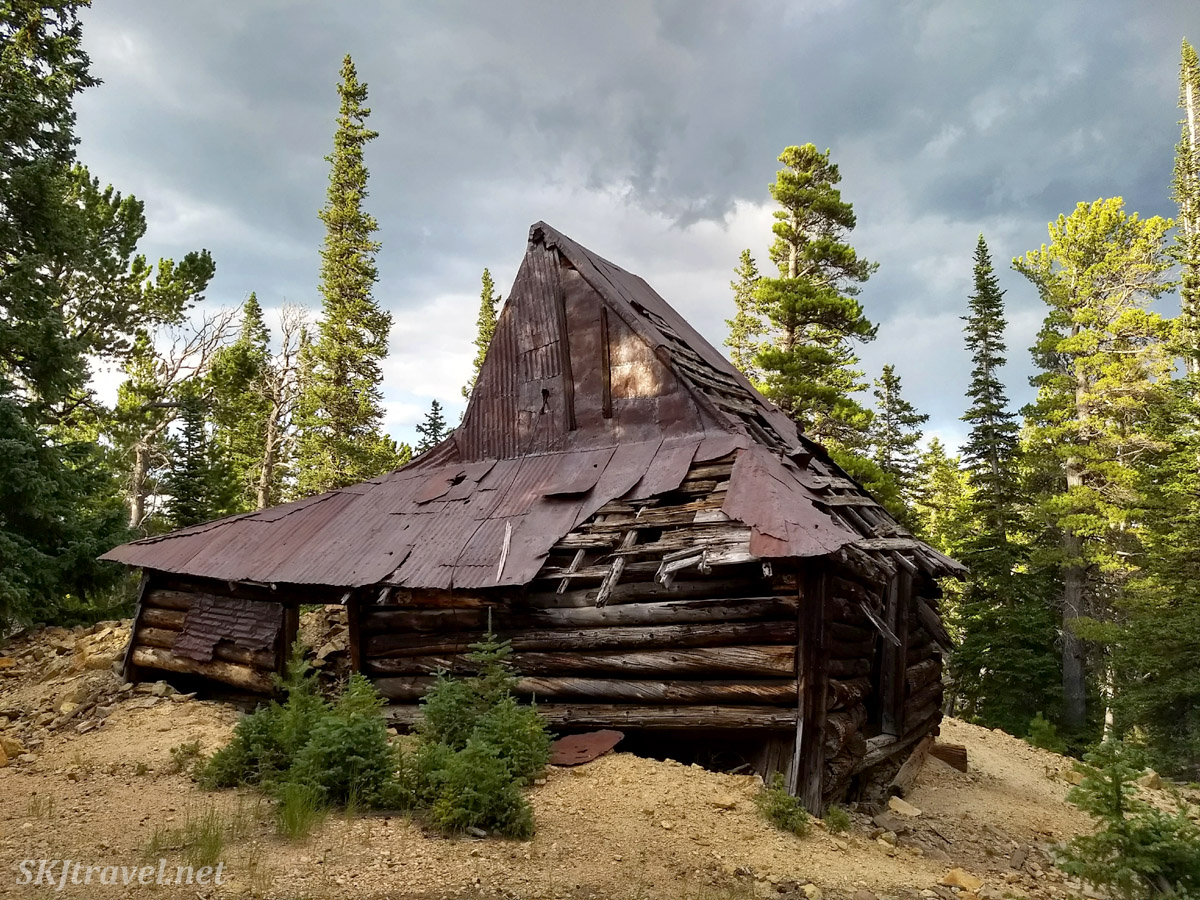 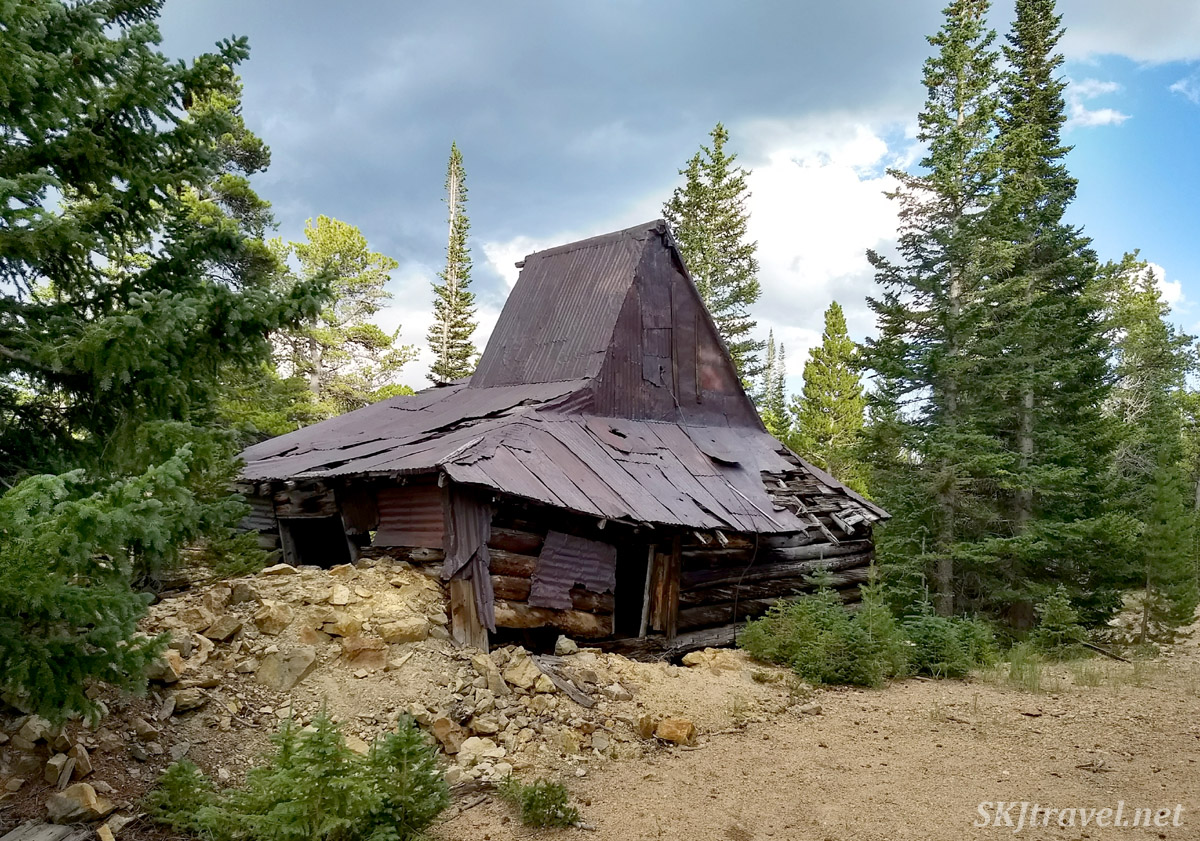 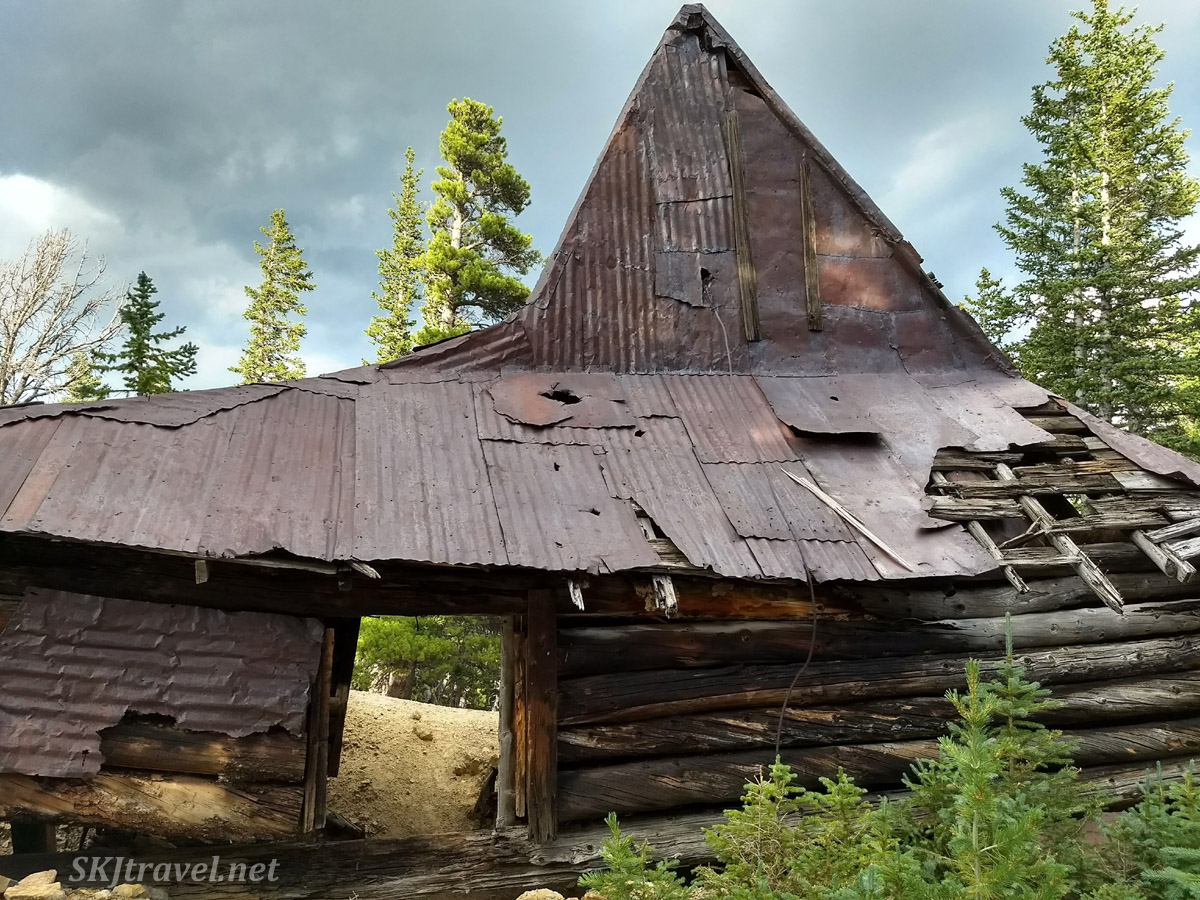 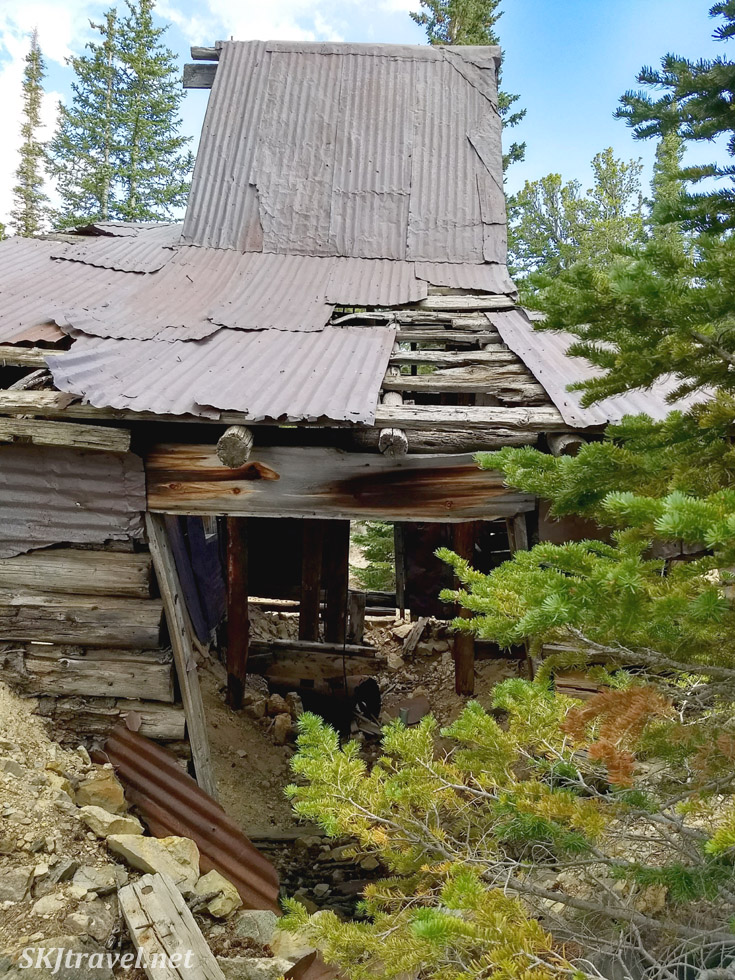 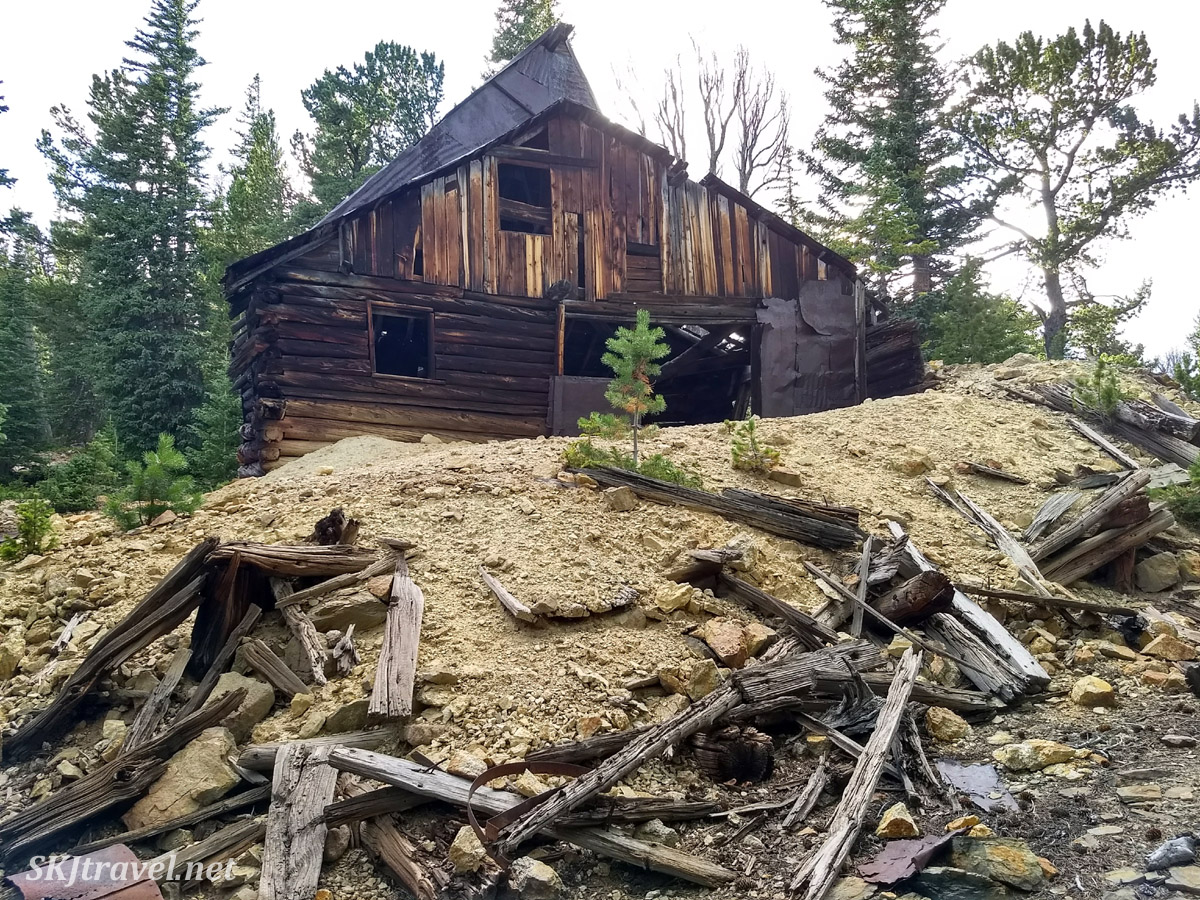 The description on the website also says parts of the route are "not for wide or shiny new SUVs," and this I have to agree with but this is the case for many of the 4x4 trails around us as they are narrow and in the trees. The site also states it’s a half day trip … but as you know, we did it in 3 hours. Pretty much any drive time stated in any source for any driving condition on any road with any vehicle can be practically halved with Erik at the wheel. Fortunately we get along well in this respect as I’m typically game for the faster pace. A lot of 4x4 route drivers go slowly in order to minimize the bumpiness of the ride for passengers, but I personally like a bumpy ride, it’s more like being on an amusement park ride or something.

At one point the road dead-ended, and fortunately we got out of the truck to have a look around, for we found this charming abandoned mining cabin. The mine entrance is right next to it, now collapsed and filled in as most mine entrances have been for safety reasons ... though I miss the old days when I first moved to the area and a lot of old mines had not been capped and you could walk into them. The mining cart tracks now just disappear into the weeds. 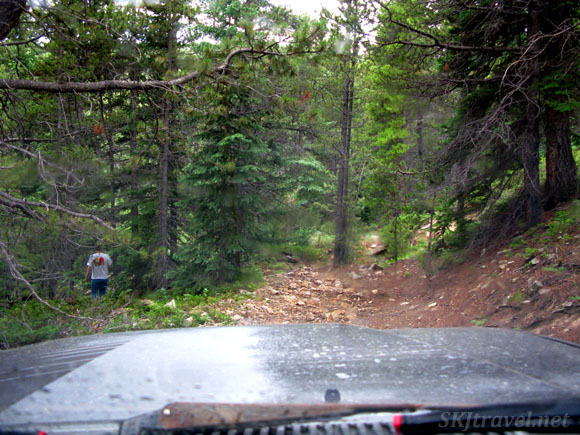 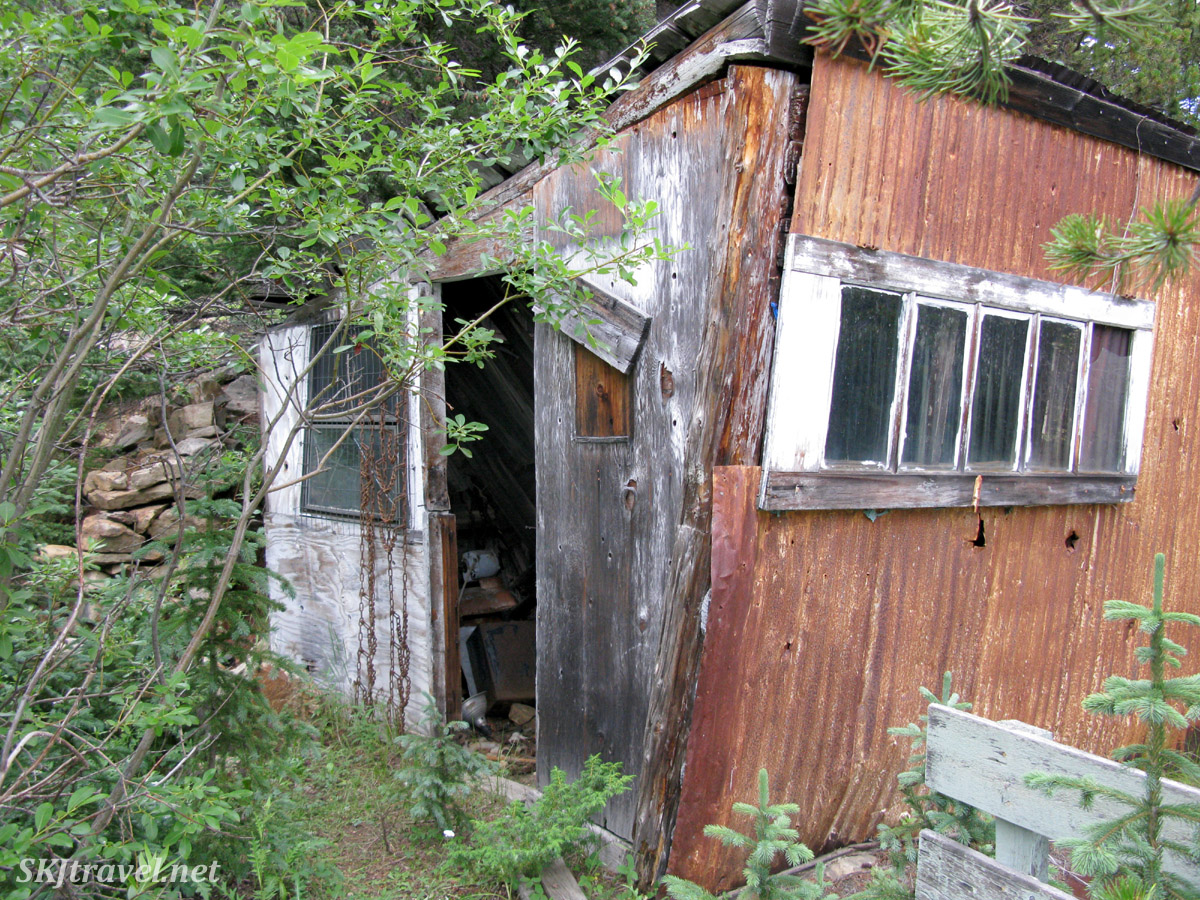 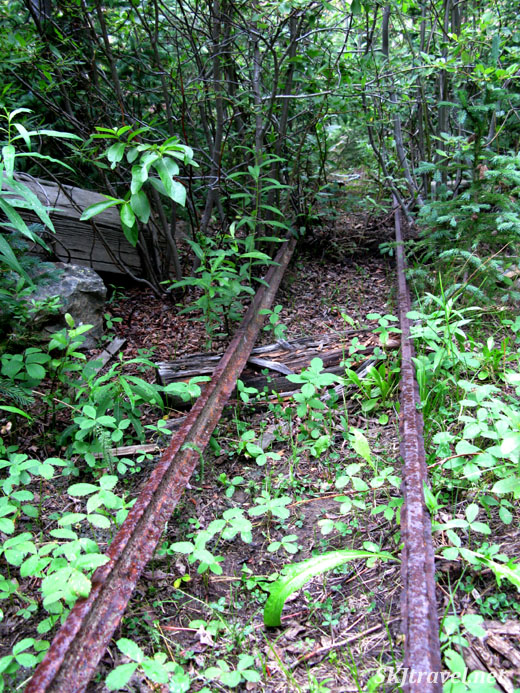 After this picturesque dead-end, we managed to turn around in very tight quarters and followed a different path which led us to what we'd been looking for -- Gamble Gulch Road -- a "regular" maintained dirt road. There was a gate at the end of the 4x4 path which fortunately somebody else had torn down, clearly for the purpose of allowing vehicles on the 4x4 route to pass through. Had the gate been standing, it would have been excruciatingly difficult and perhaps impossible to turn around on the narrow forested trail to find another route, and backing up it would have been significantly less than fun. As of 2019 this part of the trail has been significantly smoothed out and is not so tricky as our first adventure.

Once on the Gamble Gulch Road, we ran across more mines, shacks, processing buildings and artifacts from the mining days ... 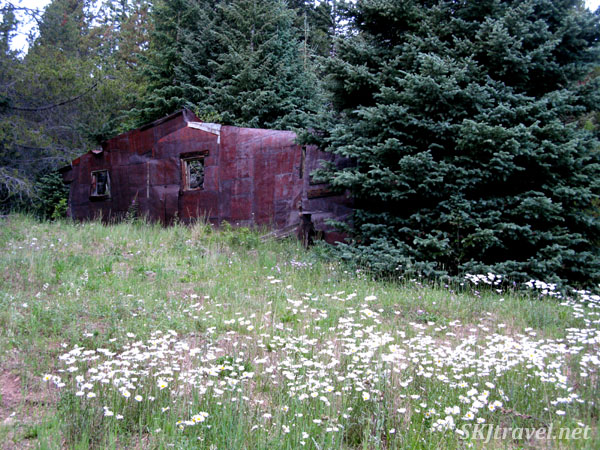 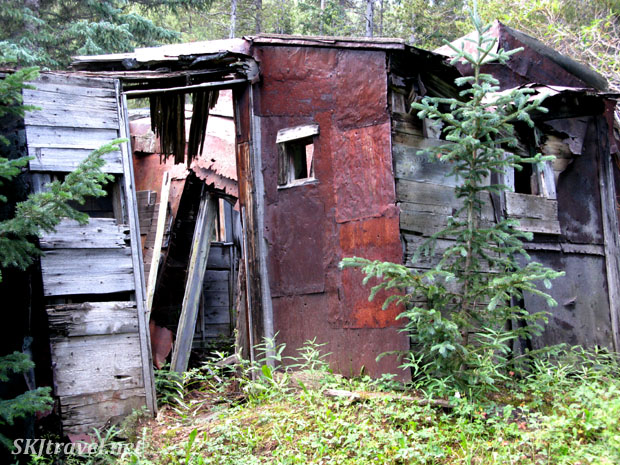 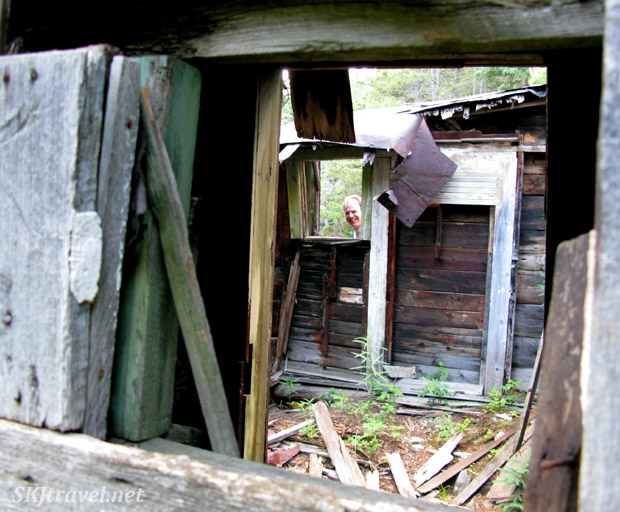 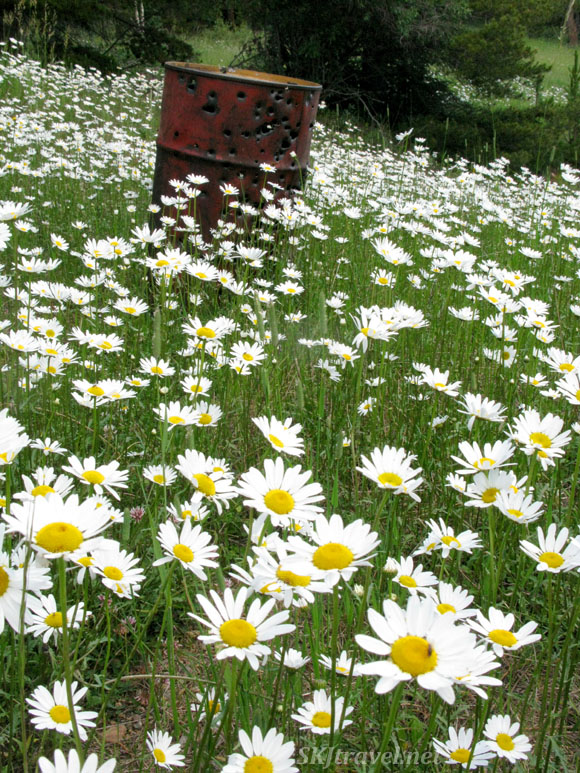 The water leaves trippy colorful patterns on black plastic around this mine, which is pretty, but knowing normal water should not make those colors and should not be brown, takes a little from the beauty ... there are many contaminated mining areas. 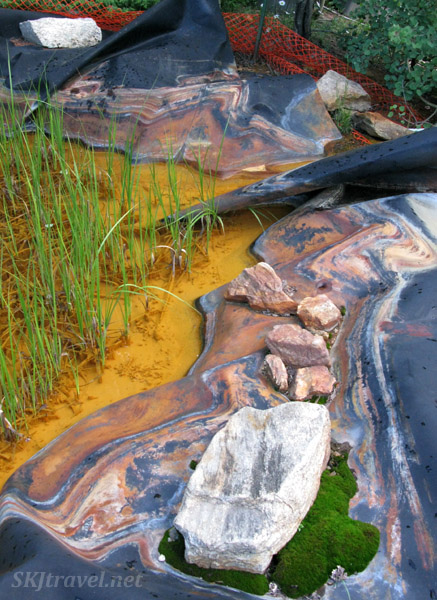 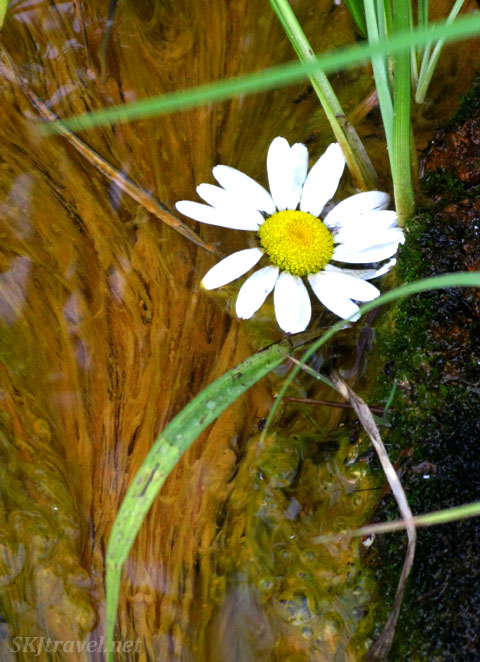 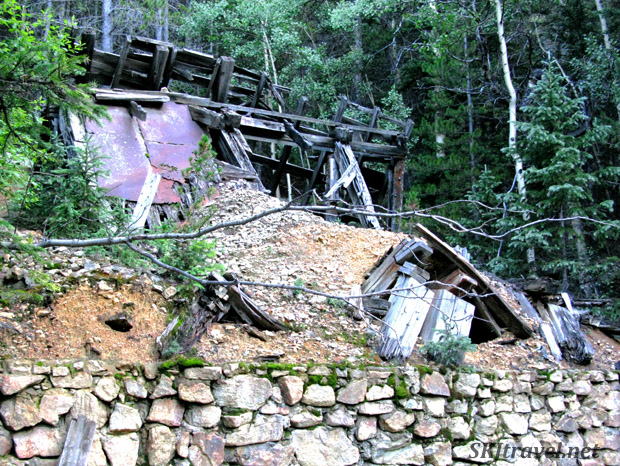 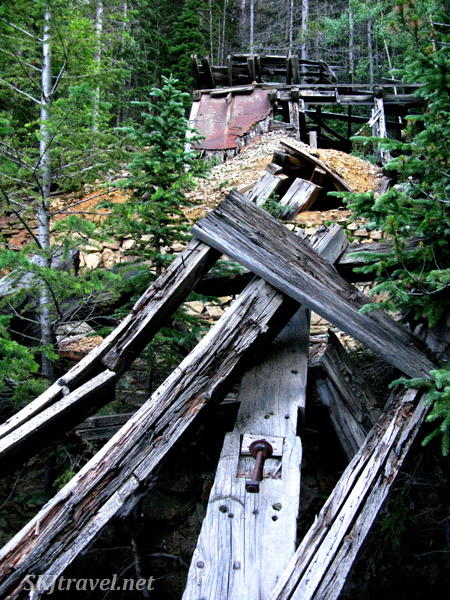 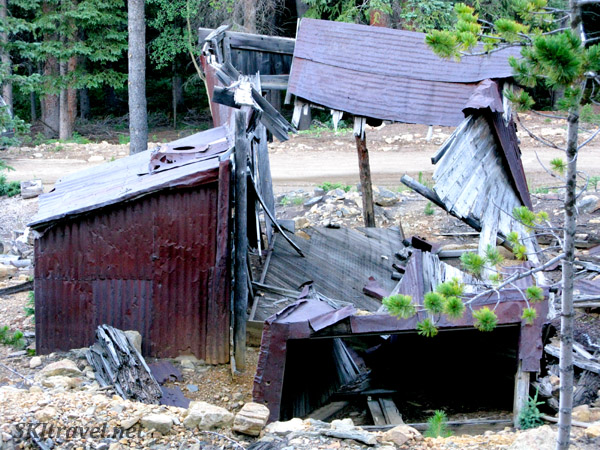 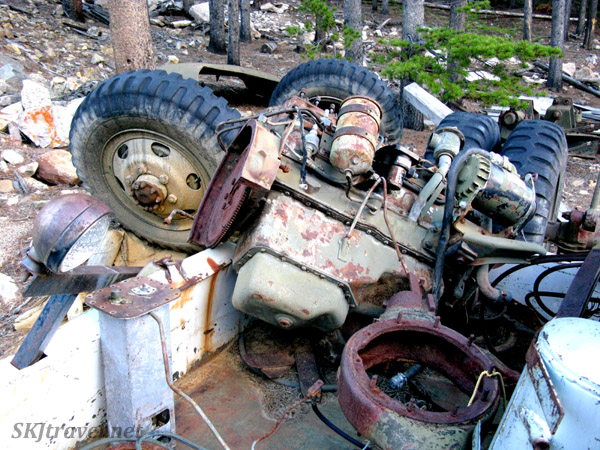 A nice lookout, in a rare break from the narrow confines of the forest, to the backside of the Front Range mountains. 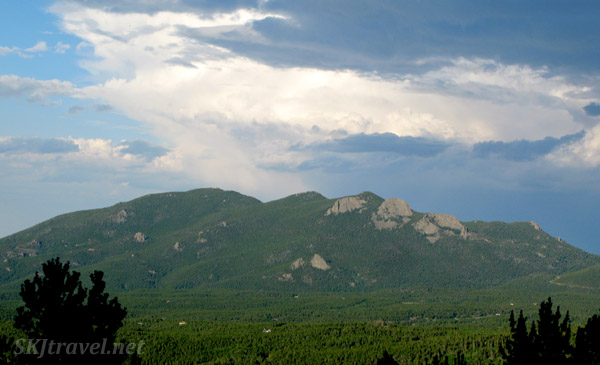