While I was staying in the tiny Chinese peasant village, Dang Jia Shan, as a volunteer ethnographic researcher, we visited numerous abandoned yao complexes (traditional homes dug into the hillside); they were as common as inhabited ones in a place left mostly to an aging population while the younger ones moved away to cities.

The remaining villagers were habitually surprised by our interest in their abandoned past, and showed us these spaces with a sense of timid happiness that wasn’t quite pride, rather satisfaction that they were amusing the Westerners. Void of people now, the rooms were filled only with old farming equipment—haycutters and scythes, baskets and plow blades.  In a corner, a couple bicycles and canteens sat alone in the melancholy dimness.  I imagined the days when the bicycles were shiny, with plump tires and a burnished seat.  When toddlers ran through the curved hallway tirelessly chasing each other all afternoon.

One day, an old man found out we were interested in looking at old things, and he invited us to come look at his old yao.  We walked through an abandoned courtyard, growing over with weeds; the hardened mud plaster on the outside of the yao was crumbling and falling off. The old man lived elsewhere now and used this complex of several dwellings for storage. These yao had unique doorways and windows, with particularly pretty wooden latticework patterns across them, the lovely design and craftsmanship now poised to decay.

The doors of the yao the old man was going to show us were locked together with a padlock.  He jiggled it back and forth, and shook it up and down, looking back at us sheepishly; it had obviously not been bothered with for quite some time.  In his dark blue Mao-era jacket, he finally threw open the doors, ushering us into the musty past with a wide, toothy grin. It was a veritable museum.

This yao also had a cozy little loft as one of the rooms, filled with the remnants of lives once lived, now out of context, thrown up in the loft haphazardly. There were priceless antiques all around the main room—a gorgeous armoire and a dresser, a beautiful chest that, when the old man saw us fawning over it, he tried to open for us.  Its miniature lock was also stubborn, and with alarming carelessness he practically broke the chest apart so we could see inside to pieces of cloth and old primary school materials. There were many smaller items of interest also scattered around the room—among them, many lovely ceramic pots in perfect condition, and a calligraphy ink kit complete with brushes and a pestle to crush into powder the solid dye, and a small concave stone on which to mix it with water. The inside of the box was covered with Chinese characters that had been carefully practiced in calligraphy. Near it was a another small box full of dainty wooden drawers to store tiny things in.  Very tiny things.  Buttons, perhaps, or pins.

So many ghosts crowded into the room my head suddenly spun – young boys practicing their characters; mothers mending pants with scraps from other pants worn beyond mendability; girls removing their holiday shirt from the dresser for Spring Festival.

The most valuable piece in this man’s collection was a perfect bronze pot that his great-grandfather had dug up from the fields one day while tending to his crops.  With no training in the history of Chinese art/craftsmanship, none of us could really hazard a guess at how old that pot was, but it had been long buried when the old man’s great-grandfather had dug it up.

The old man watched the Americans as though our motivations were incomprehensible. When we pointed something out, he grinned from ear to ear, but his eyes were vague, searching for a reason why we should be so intrigued.  Finally we put all of his antiques away and walked out of the yao. From outside, we admired again the beautifully-crafted windows and took some photos.

Suddenly the man was overcome with zeal for revealing to us everything in the courtyard. He motioned us over to a little door beneath the ground level. It was the potato cellar and there was nothing in it, but he was just beside himself with excitement though he hadn’t the key to unlock that door.  So he began kicking it.  We cried, “No, no!  Don’t break it!” But he kept kicking and hacking at it until he finally broke down the door so we could peer inside into the pitch-black darkness.

I recoiled at his sudden outburst.Then, choosing to honor his revelation of pride,  acquiesced to his beckoning hand to see for myself the sublime and vacant underbelly of the earthen dwelling he once called home.

Some photos of abandoned places in Dang Jia Shan village 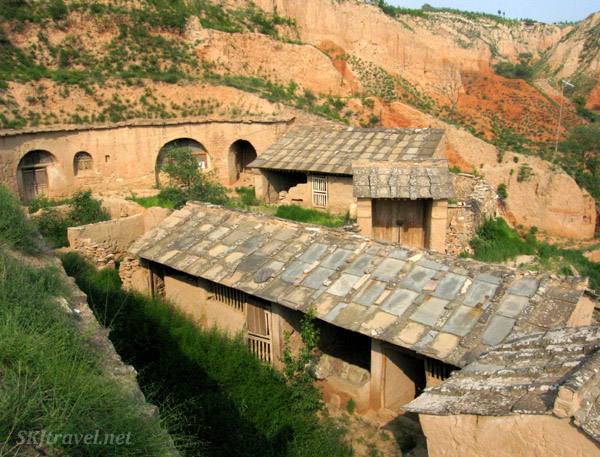 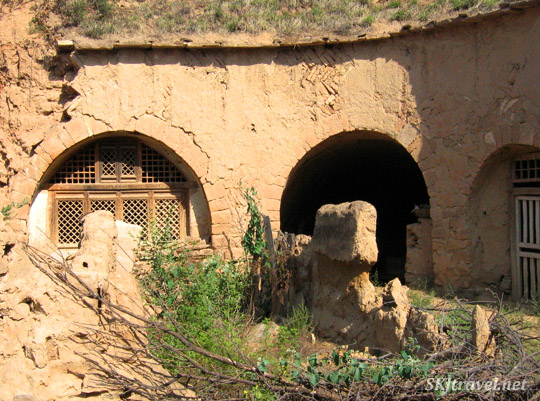 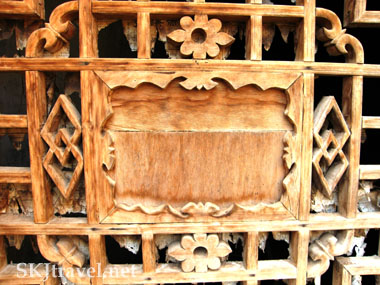 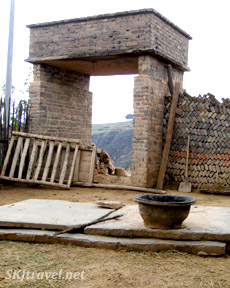 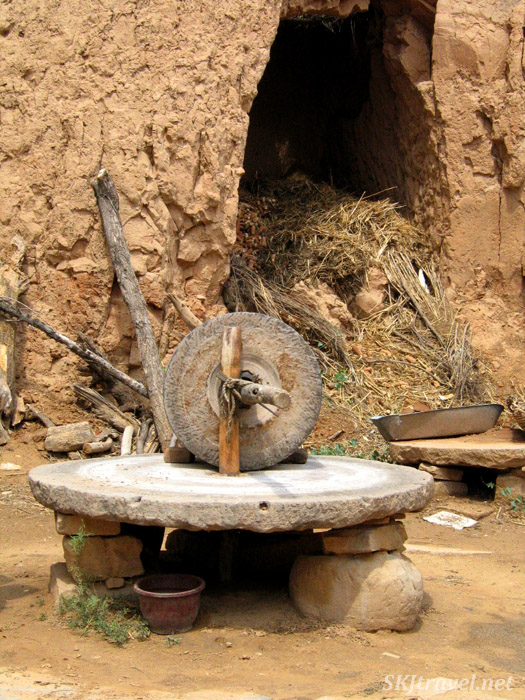