Woes in Bratislava (aka Sickness in Slovakia)

Next day we drove to the capital city of Slovakia, Bratislava.  We arrived on a Sunday and found it to be eerily empty. We explored around randomly to find many old buildings completely run down and decaying, and new strips of very high-brow fashion stores and renovated buildings, sometimes the old and new right next to each other. It was a very incongruous place, especially when it also seemed void of people. Many of the boarded up windows around town are painted, which actually gives it a fun feel. Additionally, there are a lot of contemporary art sculptures and murals scattered around, as well as "classic" European architecture. 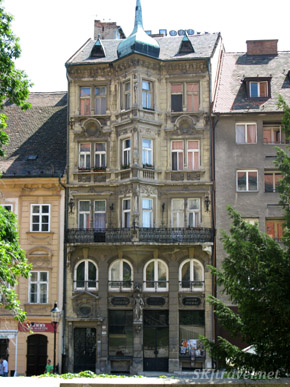 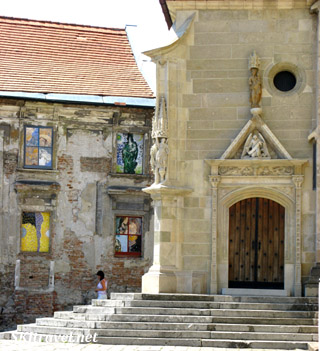 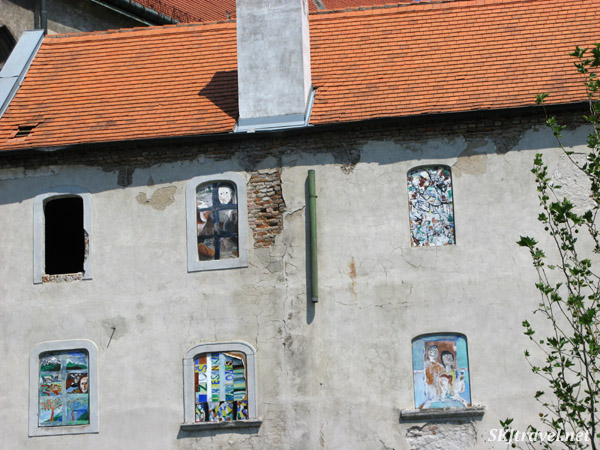 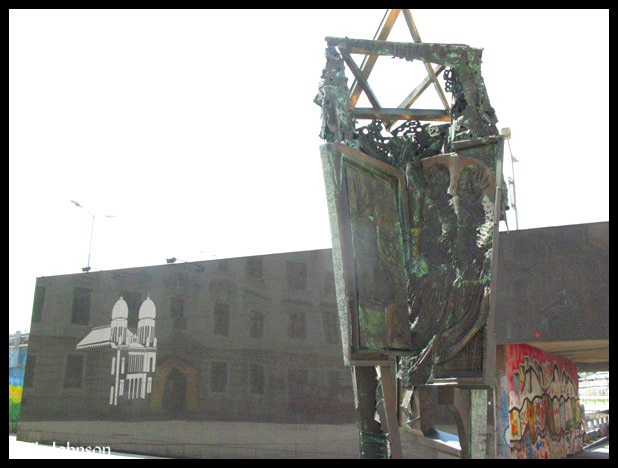 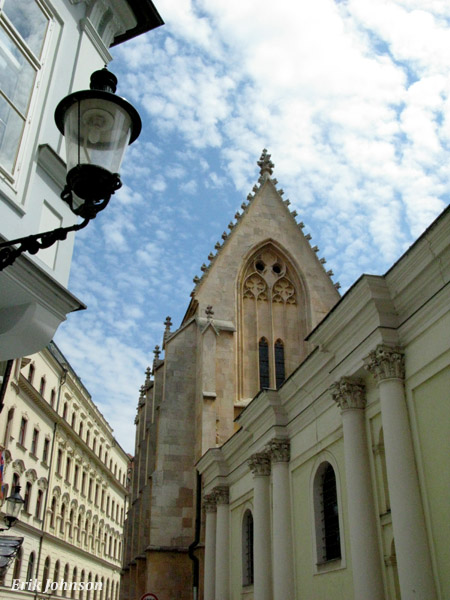 The other little trademark of the city is its "working" sculptures. Metal sculptures are everywhere -- some of them look like regular people taking photographs or coming out of manhole, for example; others are just silly, but all provide ample photo opps. I know, it's so touristy, but you just can't help yourself. We visited a couple museums but were disappointed to find the city’s castle was essentially closed for renovation. The contemporary art museum had some fun displays, including an illusion of millions of stacked books (see below). 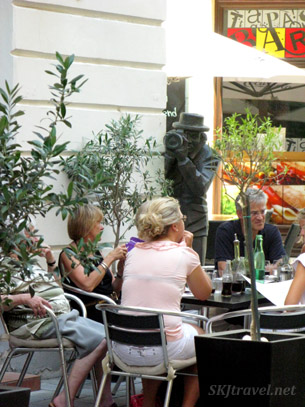 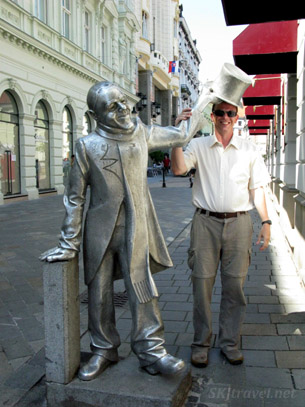 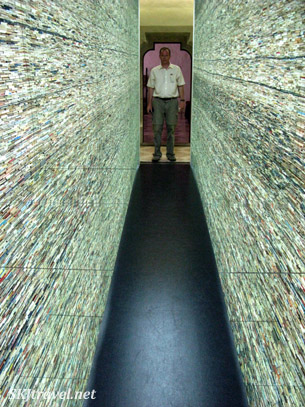 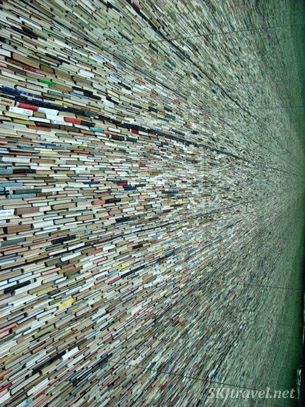 Then we had a kebab for lunch. Not too long after that I began not feeling well. I don’t think it was the kebab’s fault, it was merely a catalyst that made my body rather abruptly decide that it must completely clear out every molecule of anything daring to exist anywhere in the entire length of my tummy tract. To make matters more surreal, the place in which I quickly slid downhill was a funky bar with 3-D sculptures coming out of the walls. So there I am with my stomach suddenly churning, dizzy with nausea, while Salvador Dali leans out of a window on the wall and weird monsters crawl around, a pair of women's legs are dangling as if she has fallen through the ceiling. I was like Alice sliding down the rabbit hole into a dark and demented Wonderland. 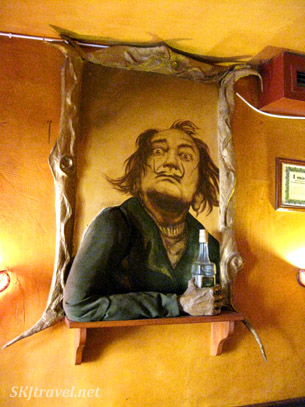 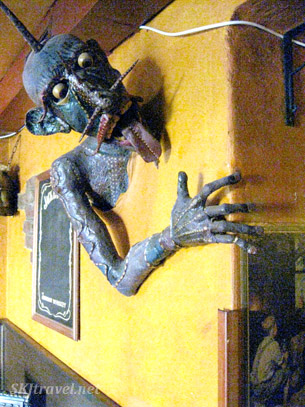 I subsequently endured about 8 hours of unrequited and unparalleled misery. I won’t horrify you with the details here, but it was such a traumatic experience, it became the basis of an entire essay I wrote which was published in Cutbank (you can read it HERE.) It wasn’t until 3pm the following day that I was capable of feebly rising from my bed in our little hotel cell.

The hotel was described in the guidebook as appealing to those with “Soviet nostalgia.”  Indeed. Quintessential communist architecture and feeling. Our room was a tiny cement cell in a complete dive of a hotel. The wall decoration above my bed was a large bug that had been swatted and left for dead, still stuck on the yellow paint like a hunting trophy. The funny thing was that I happened to get violently ill in the only hotel in which I have ever been presented, upon checking in, with a list detailing how much you will be charged if, for example, you steal a towel, break a light fixture, cause the room to need recarpeting, etc. And the first items on the list were the charges one would incur for “vomit disinfection” on tile floor and vomit disinfection of carpet.  Fortunately (and rather miraculously) I managed to avoid the need for disinfection service. (That's me curled up in misery on the bed.) 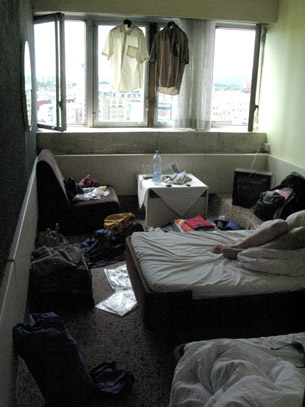 I’ve recovered now, but my chest and back muscles are so sore from the ordeal that I can’t laugh or cough or hiccup without major pain. So it’s been kind of a somber couple days now just because I can’t laugh. But after I was able to leave the hotel, we found that Bratislava is a different and lively place on a weekday, very different from Sunday. Lots of unique and quirky bars and restaurants.

We left Bratislava and stopped in Mikulov, a small quaint town in Czech Republic with a number of historic structures in tact in the main square. Toured the museum, then began another adventure to find our next accommodation, which I had reservations and directions for. At home, I thought how great it was that I could print out directions to our hotels/hostels from the internet. However, we have discovered with great exasperation that the Czechs have no desire whatsoever to label their roads. Often they’re good at road signs pointing you along to tourist attractions, but otherwise it’s pretty ridiculous. So trying to verify we’re following the printed directions is impossible since we never see road signs. We’ve had to buy road maps in every major city we’ve had to drive in. 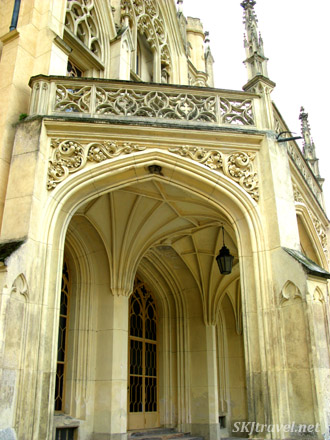 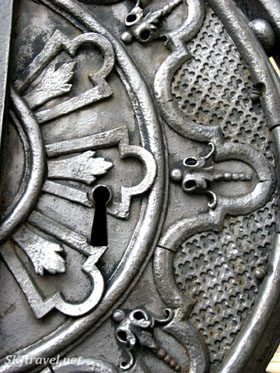 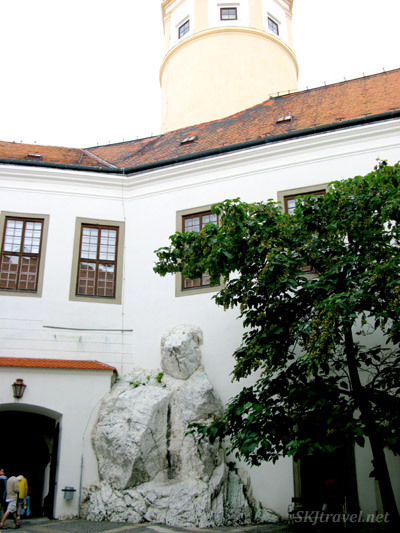 After finally checking into our nice hotel kind of out in the country in a small village, we ventured into Brno, the big city, for dinner, and had good luck to come across live bands playing an outdoor concert right in the middle of the old town. We grabbed a table at a restaurant where we could listen to the show; it was good music! The next day before heading back to Prague we checked out some of the sights including museums and tower views. 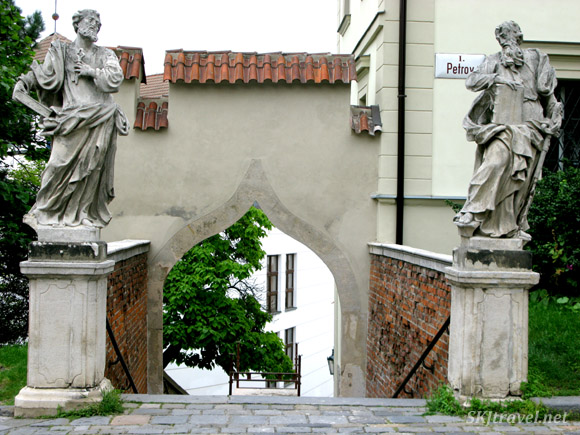 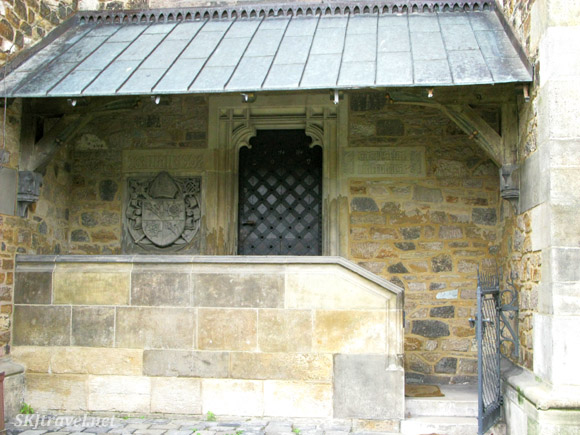 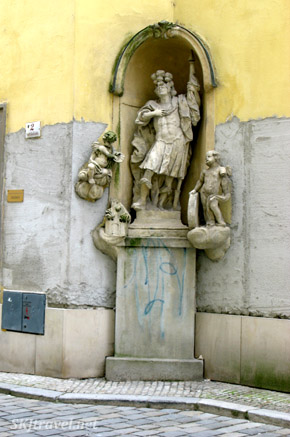 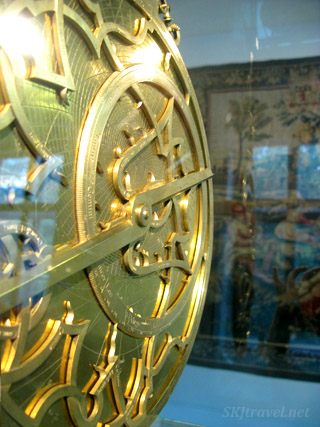 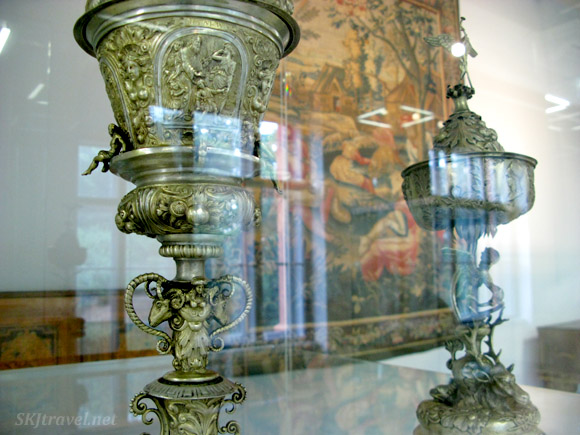 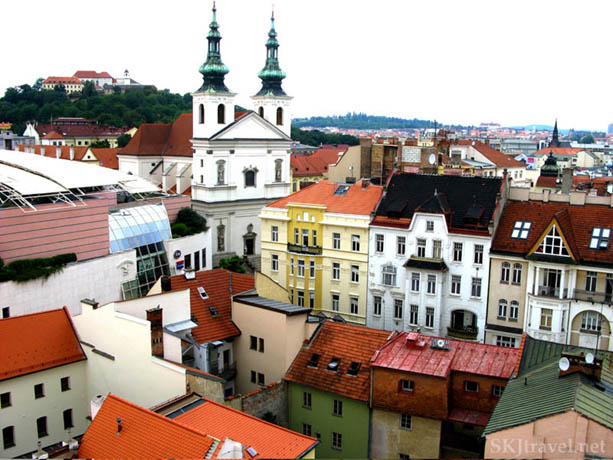 Though we found Brno to be a charming city and very much enjoyed our evening with the outdoor music, Erik made the comment over dinner, “I already miss Slovakia.” I share the sentiment.