Reykjavik in an Afternoon

Sometimes it’s tough to start at the beginning when the second part is more exciting. But I’ll try to be conventional and stick to the time line. So … as I type late at night, Erik is busy learning the Icelandic language by translating the ingredients on the beer can one word at a time … as the label is printed in both English and Icelandic. He is anticipating some riveting conversations now with the locals.

We arrived in Reykjavik on a cloudy day early in the morning. Having not slept as we had desired to do on the plane, the first order of business … somewhat against our mental will, being at the mercy of our physical will … was to take a little nap. Our hotel has themed rooms, and we are in the “Volcano” room. This means … drum roll … we have two photographs of volcanoes in our tiny room. Pretty exciting. We haven’t stayed in a hotel room of this ummm … quaint … size since the Communist cell-dubbed-“room” in Slovakia (wherein I suffered the worst stomach sickness ever in my life for those who are familiar with that story). So our little chamber is a bit cramped, but no worries. The hotel itself is quite nice by my standards and has a beautiful spa in the basement with geothermal baths of 2 different temperatures available for guest use. Naturally, I have already checked it out and it meets my rigorous standard of ahhhhh-ness.

Anyway, after the nap, we made our way into the old city center via bus and foot. The old center is very Medieval in character, and everything seems just a wee bit too small. I kept thinking I was in a theme park. Funny though, as we are accustomed to the sound of studded tires, having them on our own vehicles in winter, we picked up quickly that many of the cars here have studded tires … it’s a very recognizable sound when the wheels roll slowly by you. 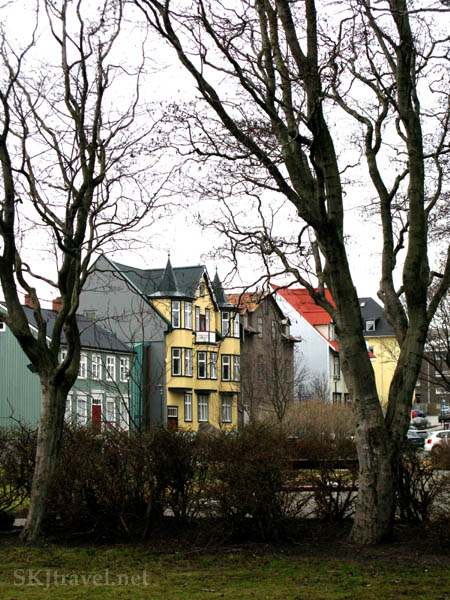 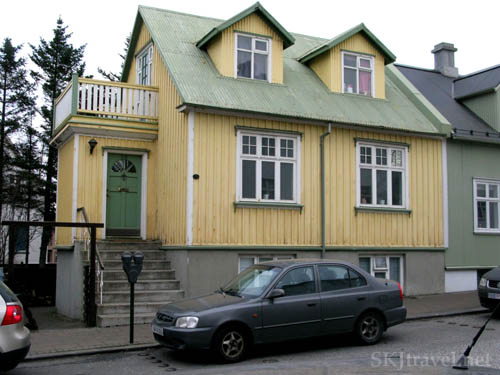 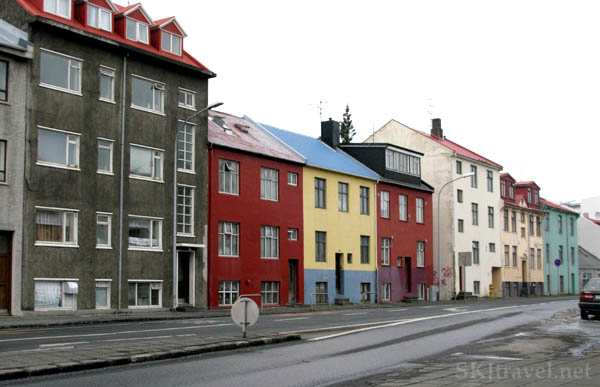 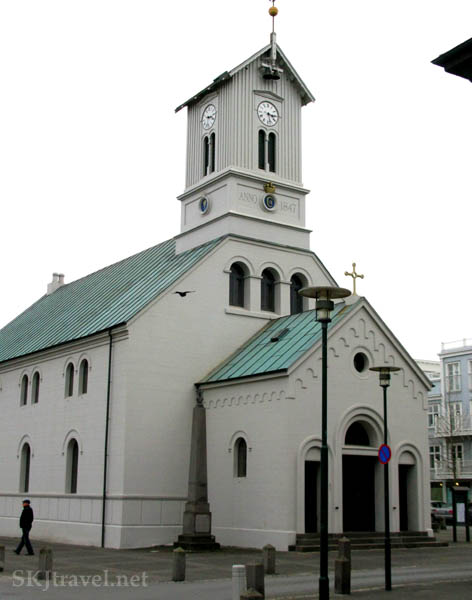 We ran across this funky little skate park on a side street with fun street art and nice little ramps, etc. We ran into the skate-boarders down the road in a public square where you’re not supposed to skateboard, hopping up on planters and such. 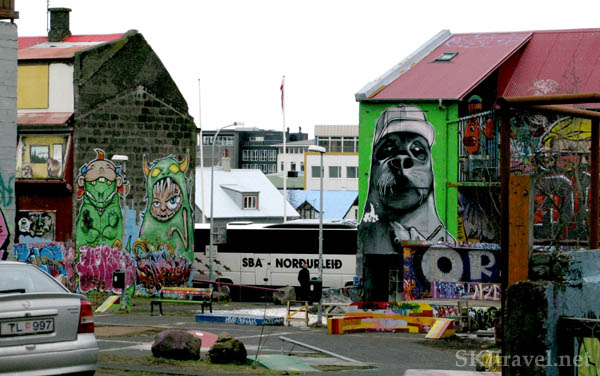 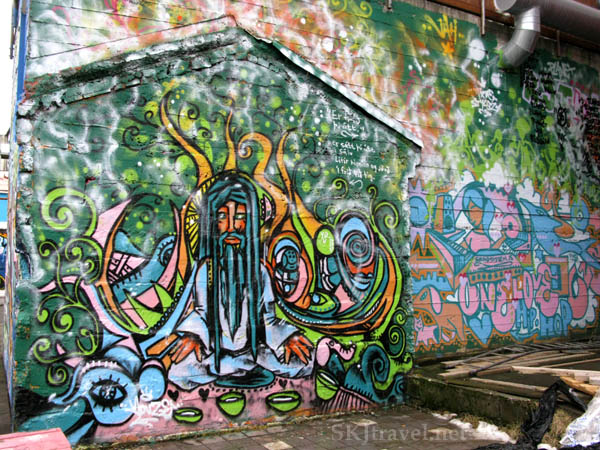 A little more street art ... who is imitating who? 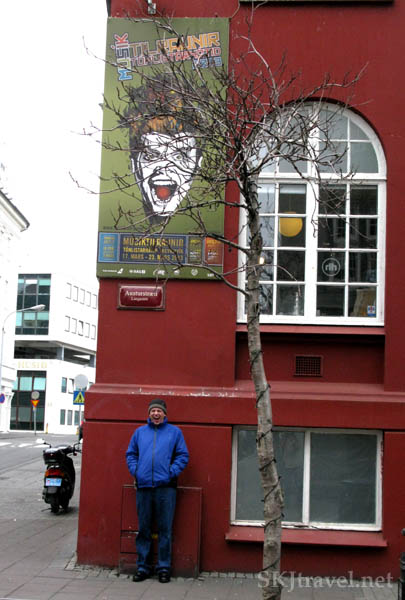 We stepped into a little museum to see the archaeological remains of a long house from the 900s. Conventional knowledge is that Iceland was first inhabited in the late 800s. We stepped inside the imposing cathedral at the far end of the old town, but decided to wait for a clearer day to take the elevator to the top of the tower for a bird’s eye view of the city. Hopefully that day does come to us. 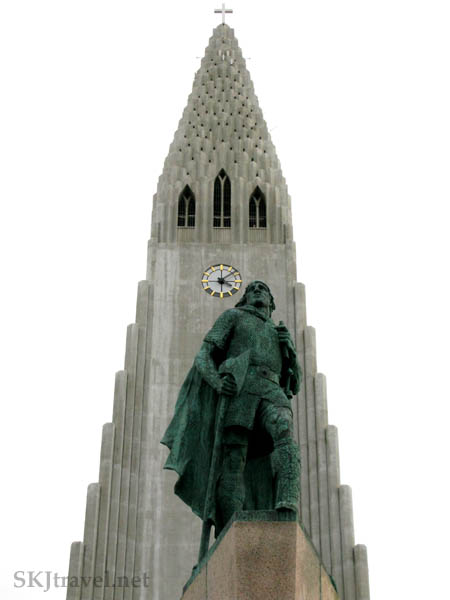 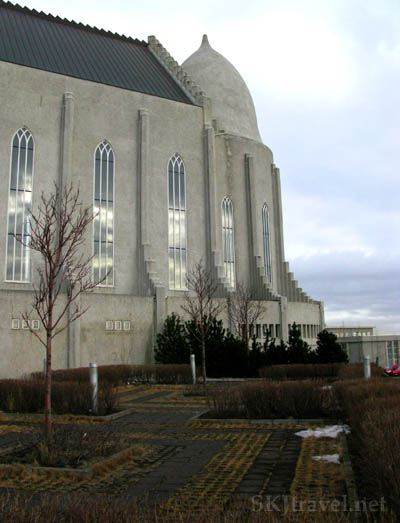 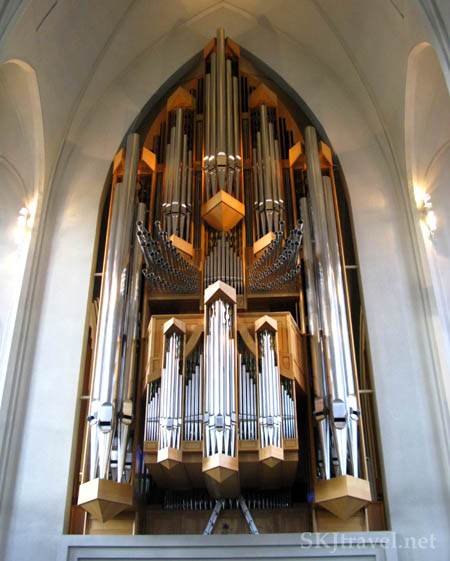 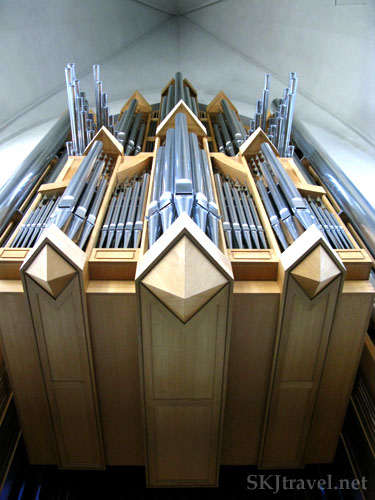 Naturally, this wouldn't be the SKJ travel blog without the obligatory sprinkling of photos depicting the various kitties I meet around the world. This adorable one was stalking a bird in the yard of a Reykjavikian. 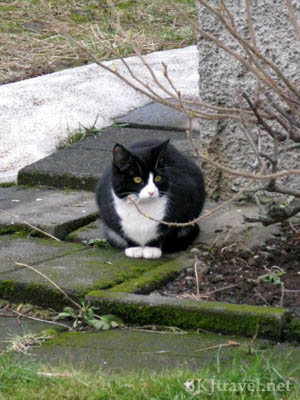 I always think it's interesting at the end of a trip to go back and see what was the very first photo I took. Well, for your amusement, I publish it here now rather than at the end. My first photo in Iceland, walking toward the old city center in Reykjavik. 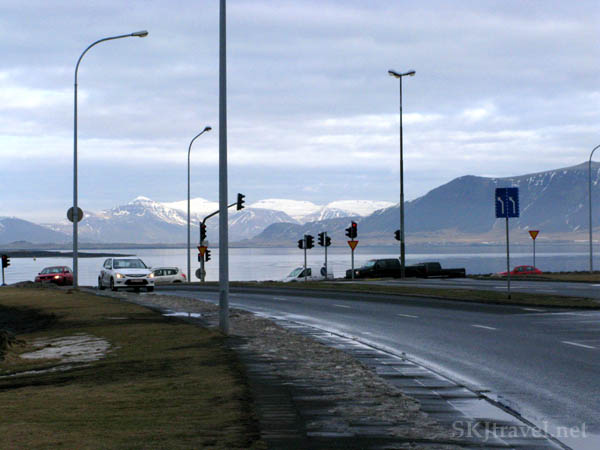 And I leave you on our first day in a large book store in the old city center. Wherein I learned about a number of things, the most interesting being piratology. Don't know if there were actually a lot of pirates around Iceland, but somehow pirates seem appropriate to any island. It's after 1 a.m. now, going to plop into my pillows. But coming up next, our little excursion onto a glacier in the land of volcanoes. 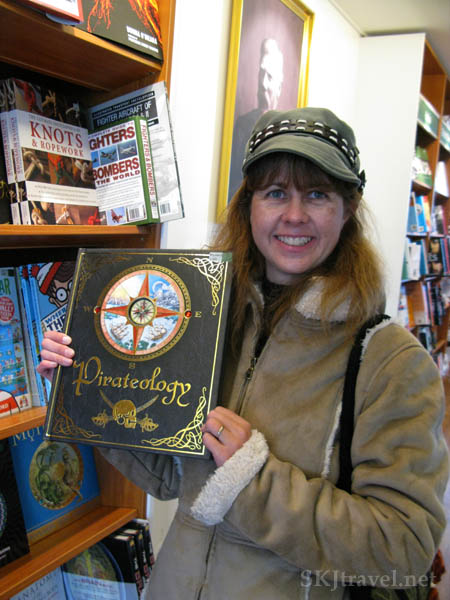