Decided to go off base for a little while. Our liaison here at the resort does bend over quite far in the backward direction for us in numerous ways. This day he arranged for Erik and I a taxi driver, Israel, for the afternoon. He spoke fluent English (he had even driven his car from Ixtapa to Colorado Springs a few years ago), and was a friendly and knowledgeable guy whose family had been in the region for years. So he also walked around Petatlan with us and took us to lunch at one of his personal favorites where he goes with his family. 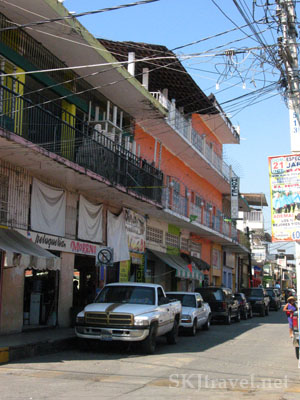 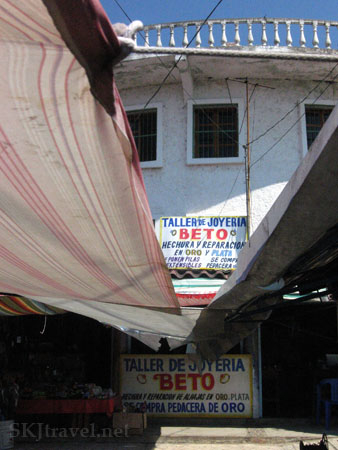 Petatlan is famous for this church which, despite its modern architectural lines, was built in the 1800s. It’s a popular pilgrimage site for Mexicans in the region. The town is also known for its gold and silver vendors, but being peso-less, we glanced only very quickly at these stalls. We met a notorious town beggar, limping with her walker and demanding a hand out from us gringos. Israel says she is in fact quite wealthy and operates as a loan shark to locals. 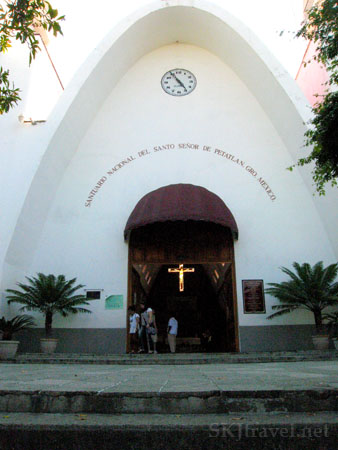 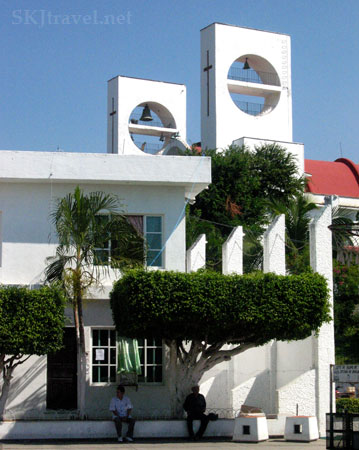 While we were walking through the local food vendor market, I pointed out a produce I’d never seen before. Israel bought it and said we’d have the restaurant cut it wherever we ate. We also bought a bunch of teeny tiny bananas … a particular favorite of Erik’s. We didn’t have tons of time to explore, but it was a quaint downtown area, and nice to see a slice of the more “real” Mexico. 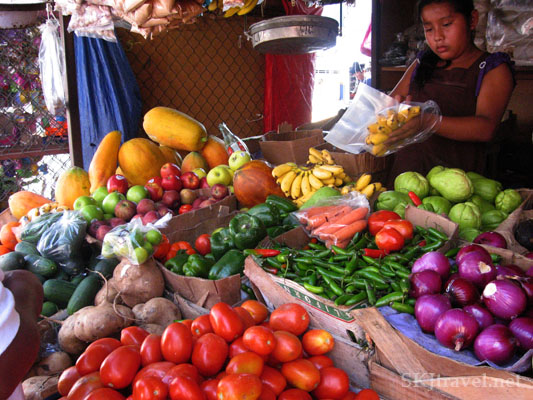 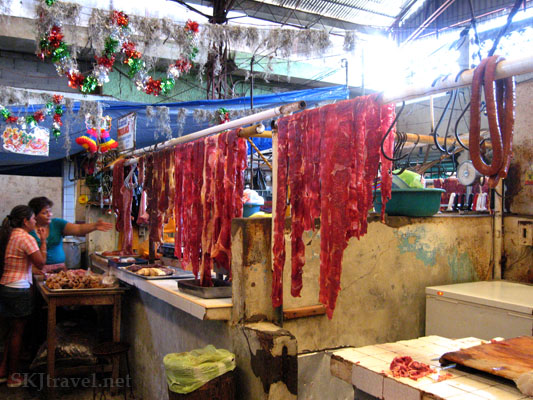 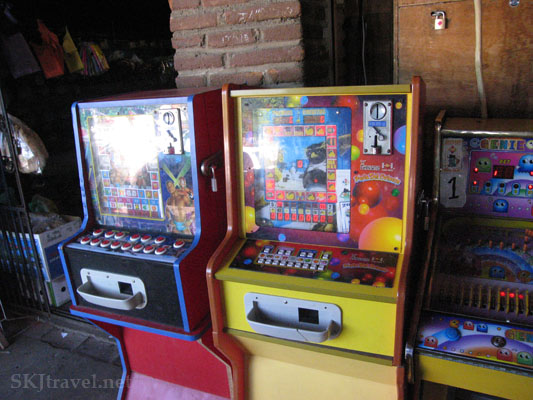 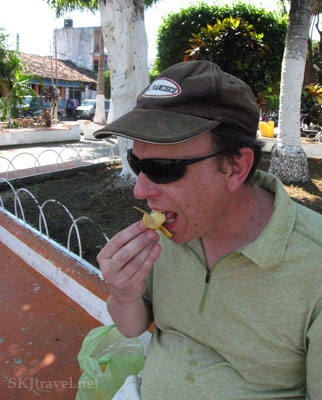 This van was driving down the street blasting something through speakers mounted on the roof of the van. The tone of voice made it obvious it was advertising something, but we didn’t know what until it turned the corner and we could see the side of the van advertising that the circus was coming to town that weekend. 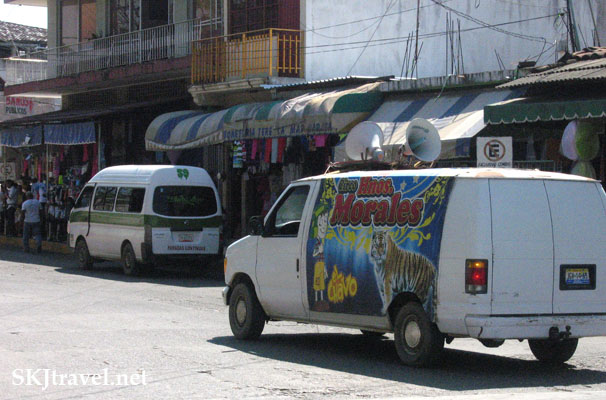 Typically Erik is the one of whom I take photos trying some local delicacy unfamiliar to us … many times resulting in rather hilarious photos when it’s not as yummy as he imagined. This time I played guinea pig to try the fruit we had bought in the market. After the waiter sliced it for us, I recognized it as a star fruit, but I still had never tasted one. So … in fact, the flavor was nothing horrendous nor fantastic either way, and was palatable enough in texture. But it was so tart it made my jaw cramp up. In this award-winning photojournalistic piece, Erik chronicles my introduction to the star fruit. 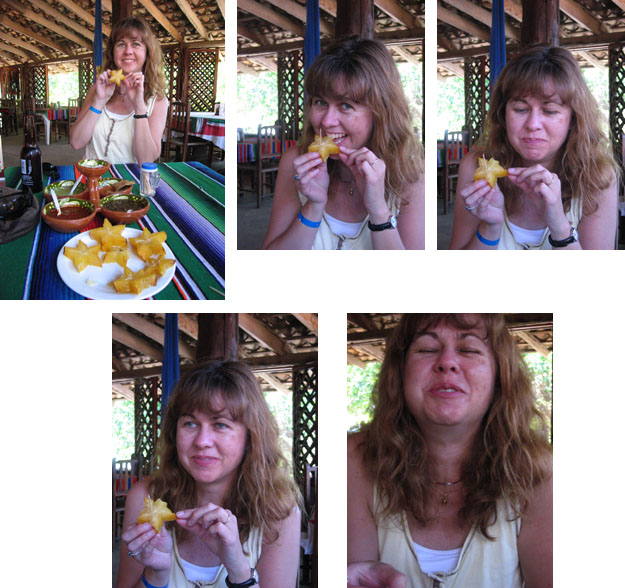