10 Minute Update: The Wieliczka Salt Mine in Poland

I only have 10 minutes left at internet cafe to give brief update. In short, vodka tasting:  brutal.  But tasty. Herbal minty, cherry, cinnamon apple pie, lemon drop. These were our flavors, they tasted more like schnapps flavors but much yummier than schnapps, not as sweet. Then we were taken to bar to drink from huge tubes of beer with spigots to release the beer from the tube.... then to a night club. It was a rough morning afterward…. Despite the subsequent ill effects, it was fun night and made us feel, well, youthful. A group of strangers from all around the world going out to party together is typically a good recipe. We hung out with people from Finland, England, Australia and Holland.

Well, we can cross off one thing from our big to-do list, which is we have now seen the Wieliczka Salt Mine. On a 2.5-hour tour, we saw a staggering one percent of the mine! There are over a thousand kilometers of tunnels. It is enormous, and was used continually for over 700 years until just a few years ago. Huge cavernous spaces. The mine is so deep, in the old days men just lived their lives completely in the interior, never saw the light of day, otherwise they would have to spend hours walking in and out. So they did everything inside the mine. An entire cathedral was built inside so the miners could attend church, and many elaborate statues are carved out of the salt all throughout the mine. Livestock that was used for labor was raised and housed inside the mine as well. There were donkeys and horses whose eyes never once glimpsed natural sunlight in their whole life.

The salt is a grayish color, not what I expected. It’s a wicked cool place that positively deserved its place in our Top To-Do list, and it was worth the effort to get there -- it was, in fact, the whole reason we came through Poland to Krakow. All throughout the tunnels, miners carved statues and reliefs out of the salt, so it's not just a dreary mining space but full of wonderful artistry. 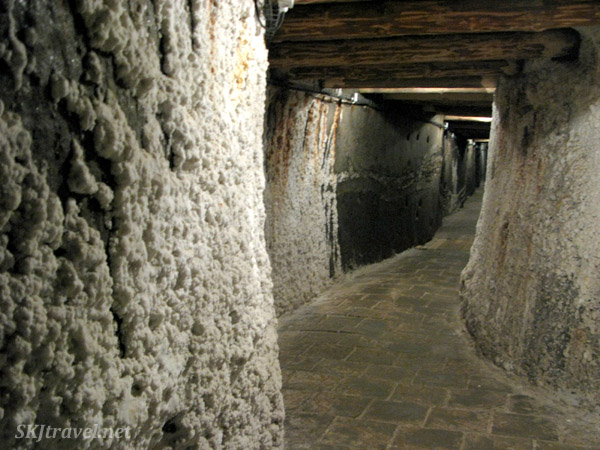 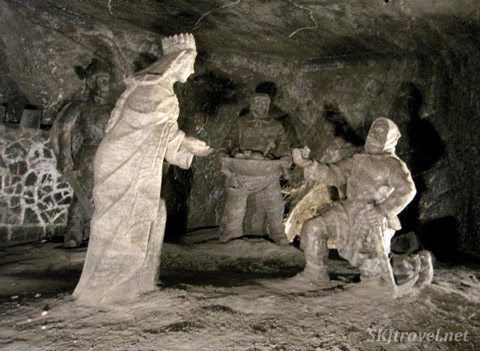 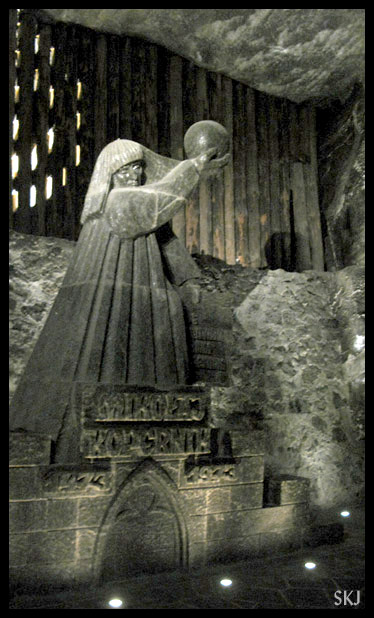 The centerpiece of the tourist circuit is the cathedral. It wasn't carved out of the salt rock to be a cathedral, but simply repurposed into this useful and beautiful space once the salt had been taken out. So instead of a lifeless cavern, an impressive cathedral with huge chandeliers, the walls lined with reliefs and niches. It's so unique and jaw-dropping. It's hard to believe you are underground in a mine! 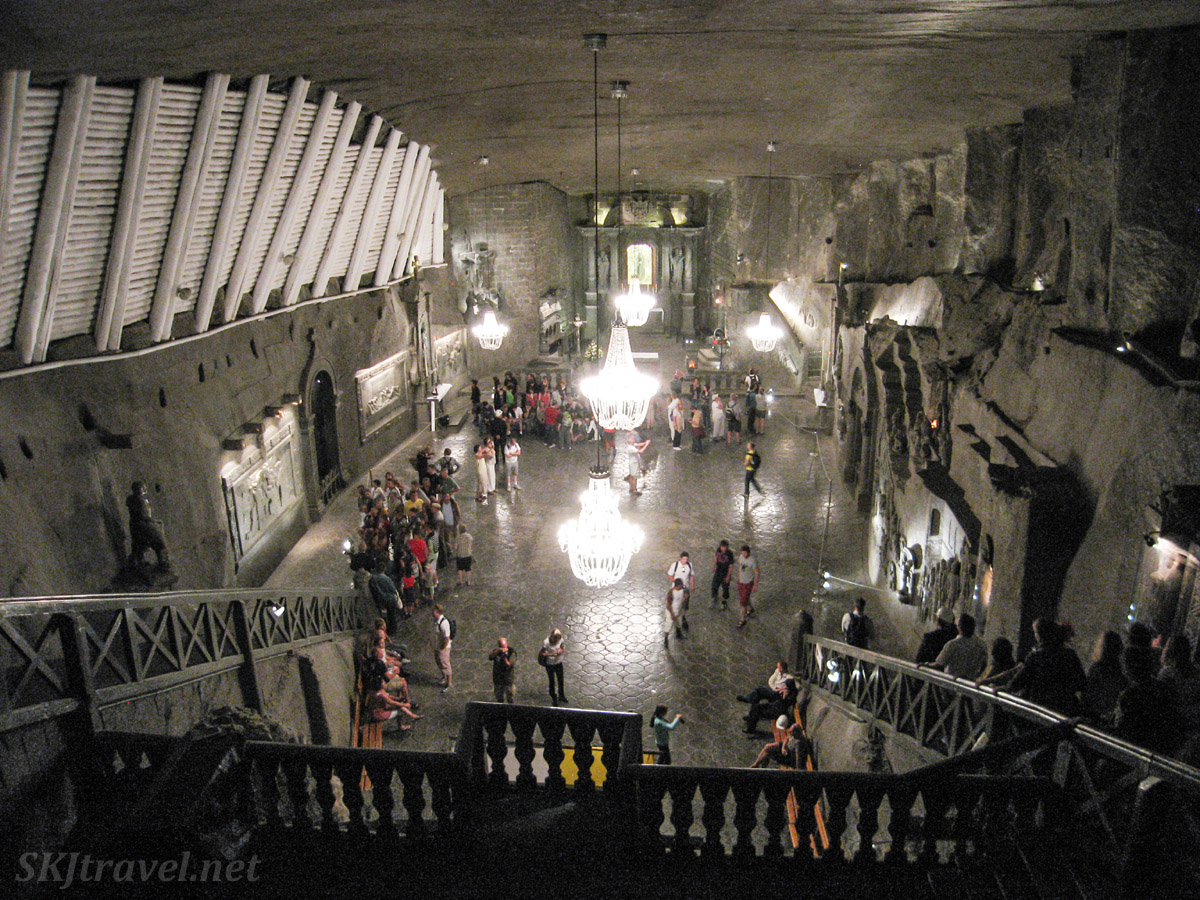 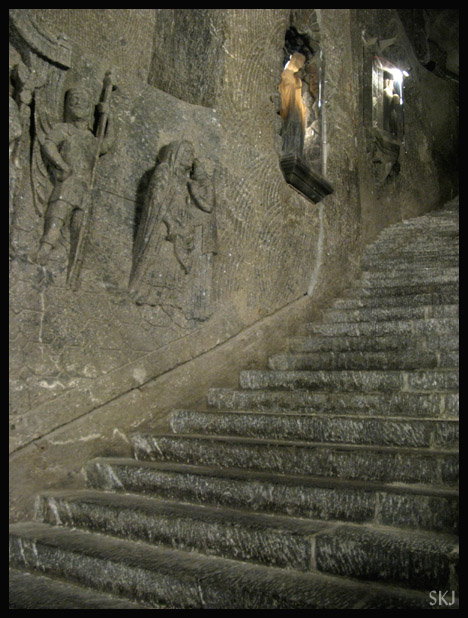 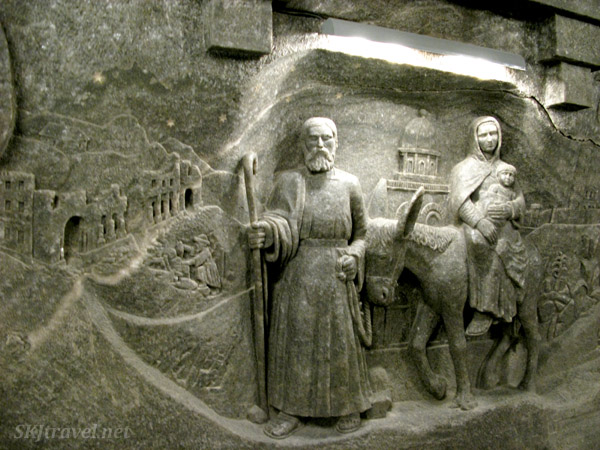 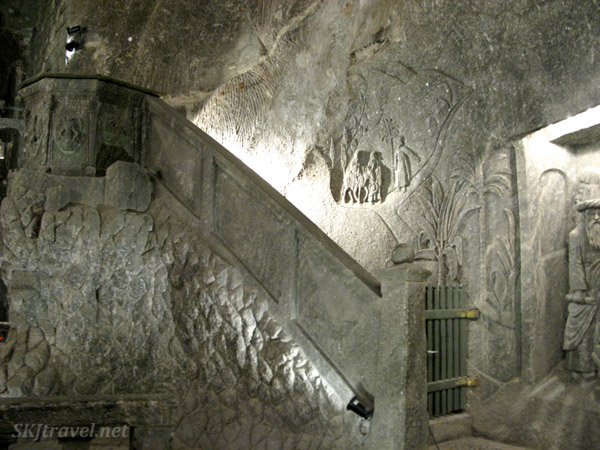 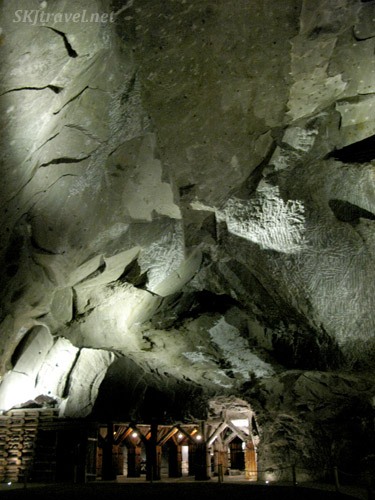 Our guide in the salt mine was really great. People had told us that the guide can really make or break the tour (it would be visually amazing at any rate, but there’s a lot of interesting info to know…). So we lucked out with a good guide who enunciated very good English and had a nice touch of humor. But he looked intimidatingly dour as he stood waiting for those in his charge to assemble. His demeanor completely changed once on the tour. There were lots of little dwarfs (little = 3 to 4 feet tall) carved from the salt all over the mine, and the guide put the song “Hi ho hi ho it’s off to work we go” into my head for the next 24 hours. You may be wondering, did I lick the walls in the salt mine? Why, yes, I did. Very salty. 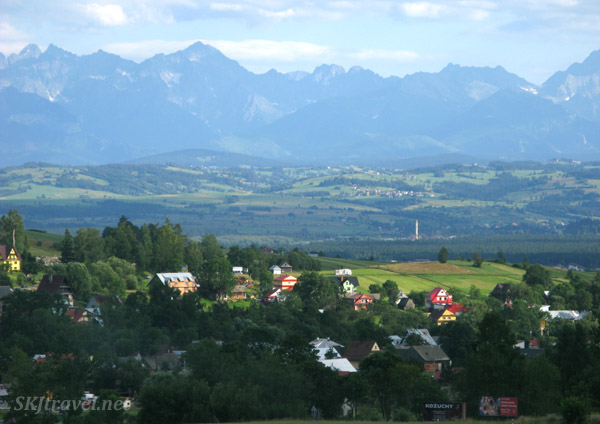 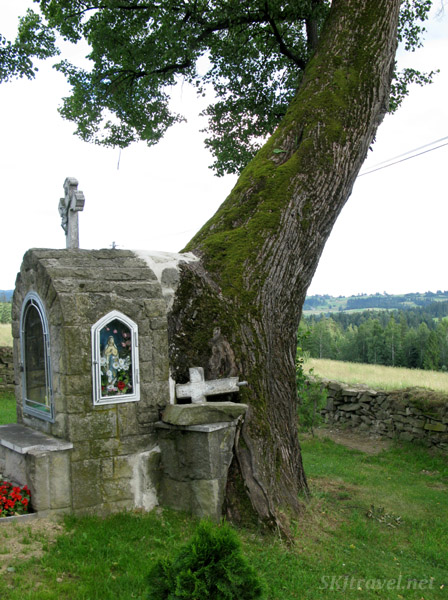 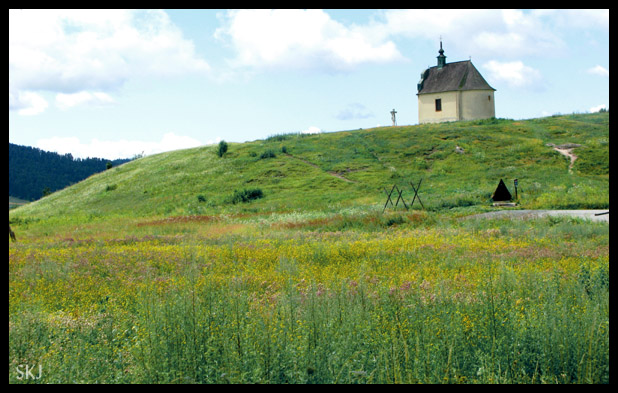 To our chagrin, when we arrived in Poprad, the hotel we had reserved was locked when we got there. We stood outside helplessly for awhile wondering what had gone wrong. Exasperated, we walked back to our car in a little parking lot and noticed on the other side of it a man outside hanging wet sheets on a clothesline just beyond the front porch of a building with the word "hotel" above the door. We asked if he knew where the proprietor of our hotel was. He didn't (at least he claimed), so the natural course of action was to stay at his place instead. It was not a regrettable decision ... we had an adorable room in the attic and the guy was very friendly. It all worked out fine. Plus there was a kitty across the street. Feline company is always appreciated. 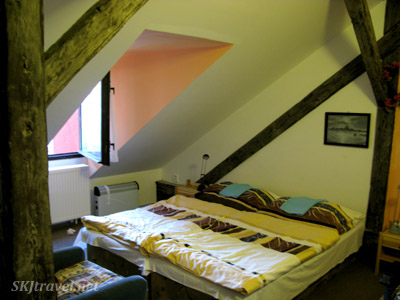 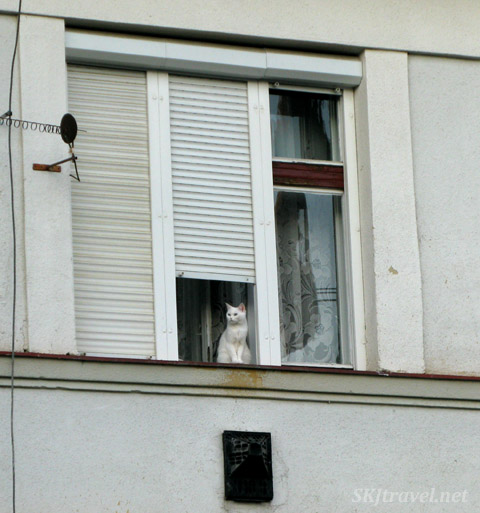