More Scenes from the UWEC

One of the other animals here I'm in love with is the shoebill stork. Absolutely majestic. I love watching him ... even though he doesn't do a whole lot, generally. Still, I'm quite fascinated with this creature. Also his enclosure is nice to be around with the marshy environment, all the water lilies, and loads of weavers that took up residence on their own (weren't placed in there by the zoo). When I walk by here at night, this is where is it absolutely deafening with the sounds of frogs and insects and weavers. 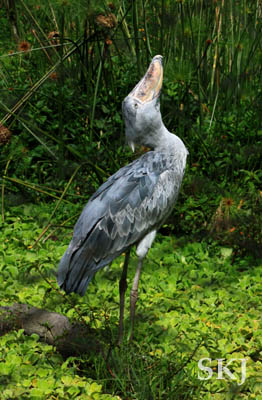 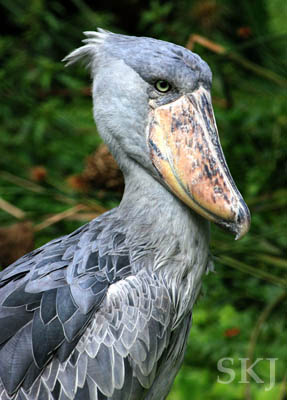 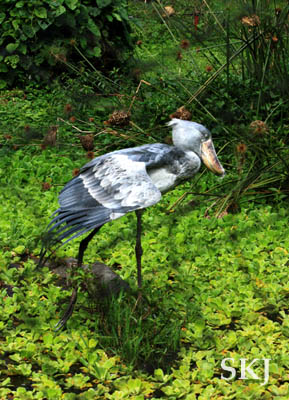 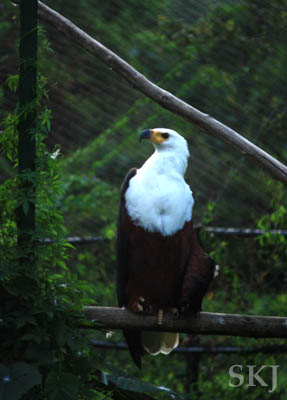 Various pairs ... ostrich, warthogs. The second warthog pic makes me think of Miss Piggy. Somehow this one seems like she thinks she's a little diva. 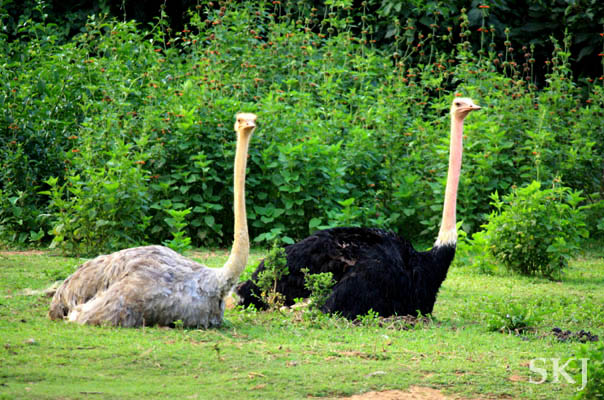 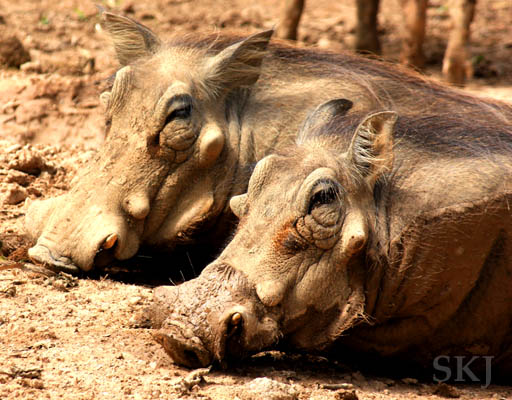 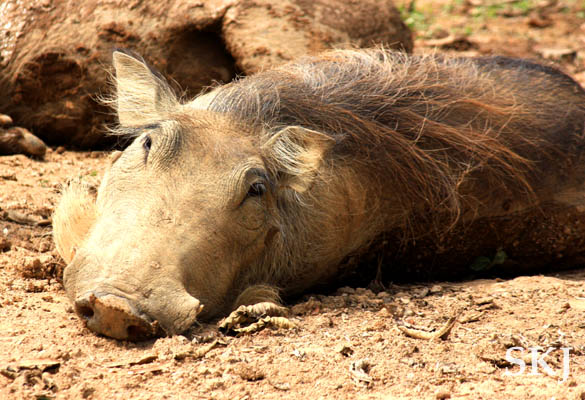 Don't know why, but there's something about monkeys grooming each other that I find terribly cute. These are the patas monkeys that I feed each day by throwing food from the observation platforms over the fence into their exhibit they share with a couple of antelope species, the oribi and the kob. It’s been interesting watching the patas interact among themselves and also with the oribi and kob. The patas definitely have a particular spirit. Some of them quite like antagonizing the small antelopes and they have little spats with each other. It’s always a bit of a game for me to try to get the yummy stuff … bananas, mangos, etc. … to all the monkeys and not have them all grabbed up and hoarded by the dominant patas. So I play games trying to distract him so I can surreptitiously throw a treat fruit to another patas. 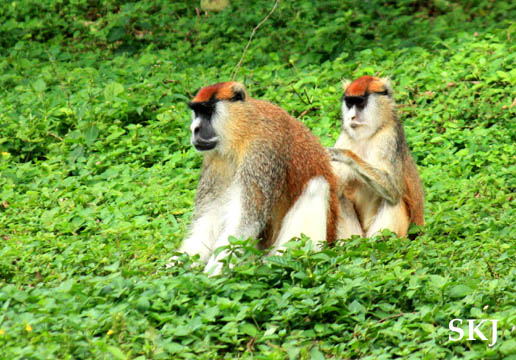 I don't think I've yet included a wider view of the chimp island. You can see they have a pretty nice forest behind the area where visitors can view the. Once every so often, they cut down the weeds that have grown up in the front area, then we rake them and scatter them into the bushes behind, and the chimps forage for it to build nests for themselves. 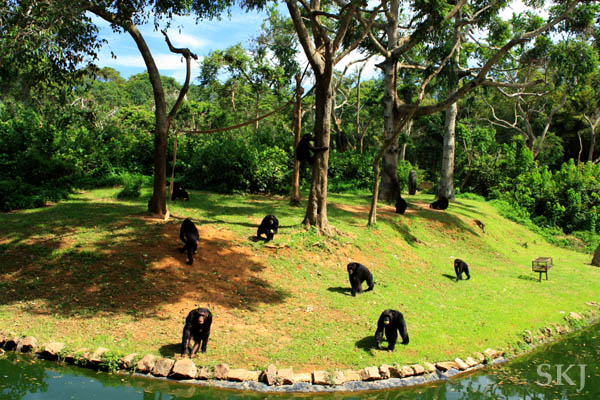 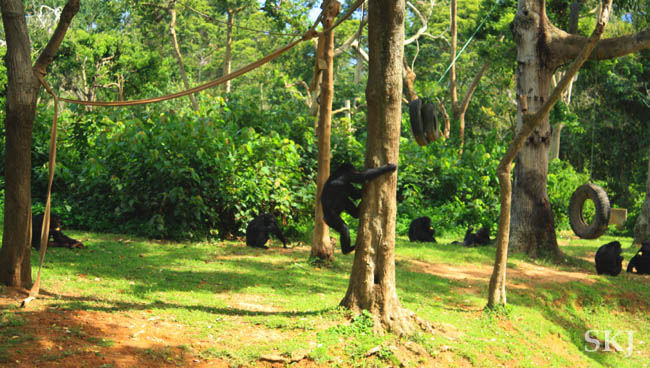 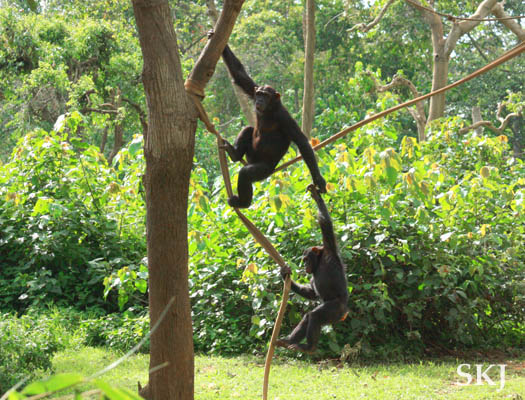 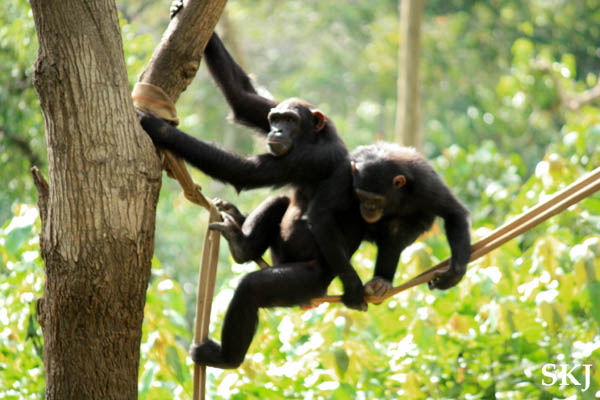