I think the best thing about today was our dinner. We had the gall to sit down for dinner on a Friday at the early bird hour of 9:40pm. The cook arrived about 5 minutes after we sat down. The restaurant was picked by one of our party who had read of it in a guidebook as a restaurant with authentic Basque cuisine. Seemed a necessary outing. Turned out to be a bit of a fiscal indulgence, but I’m sticking with the “necessary” clause in the interest of fiscal justification.  The proprietor was great. We were the only people in the joint for the better part of 2 hours. The wine was nice, the appetizers were scrumptious, the main course delicious and the dessert decadent. And the apperatif shot floral and yummy. (and I don’t know how to spell apperatif correctly) The main course was codfish cooked in frothy olive oil. One might swear it was really 8 pounds of butter, but the proprietor insisted it was olive oil. And browned garlic. Mmmm. The dessert was pears soaked in red wine, and I think one must assume some sugar. Fantastic. It was a lovely evening. 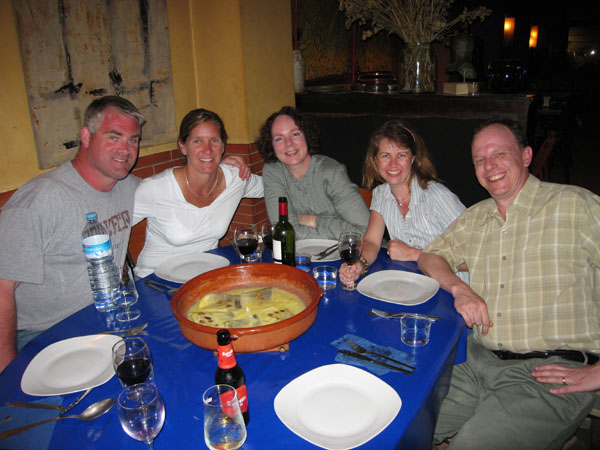 But that certainly is not to imply the day was not similarly so. We toured another Gaudi, La Pedrera, first thing in the morning. It was very cool, because as you now know, I love Gaudi! It’s tempting to describe some of his architectural elements and landscapes as Seussian, but that would imply just a little too much random whimsicality. Gaudi is about producing “organic” qualities in his forms, but this often comes very close to Seuss’s fictional forms. Close, but it wouldn’t be accurate to formally make a comparison. At any rate, good fun stuff. 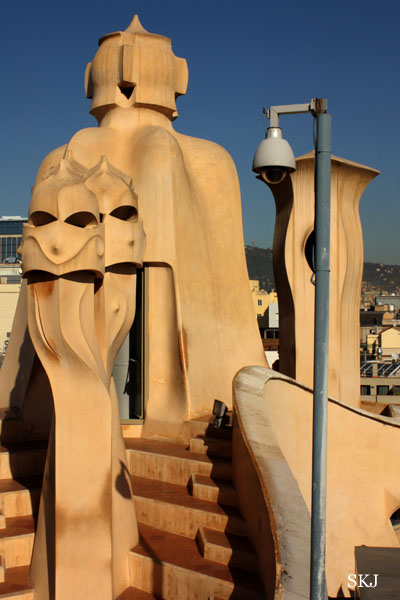 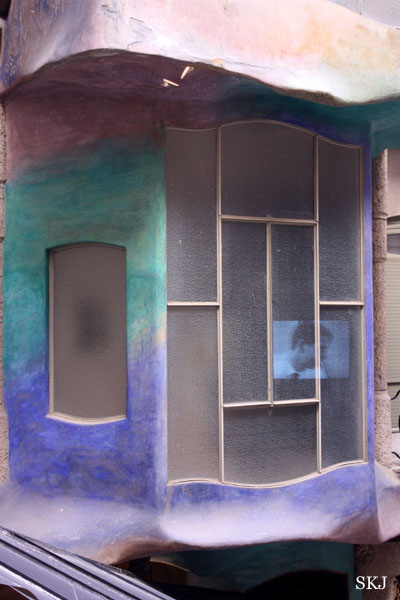 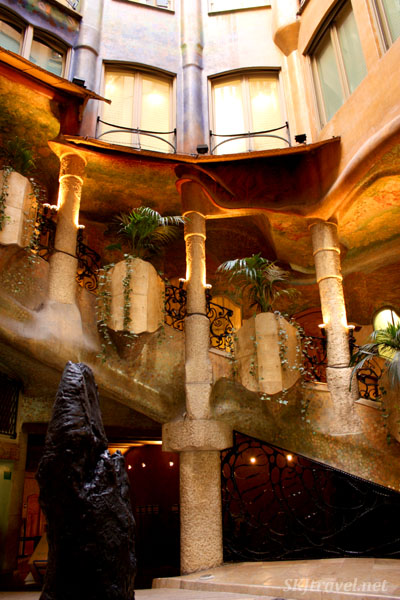 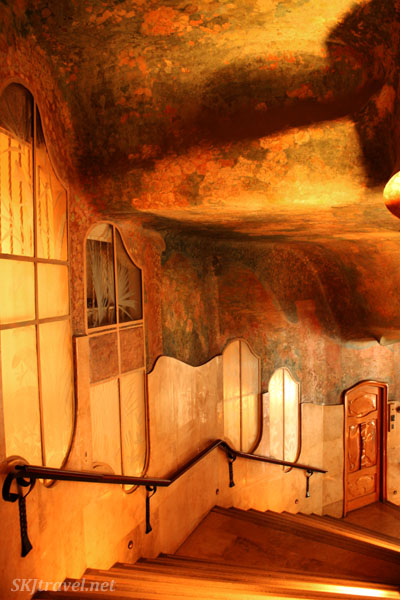 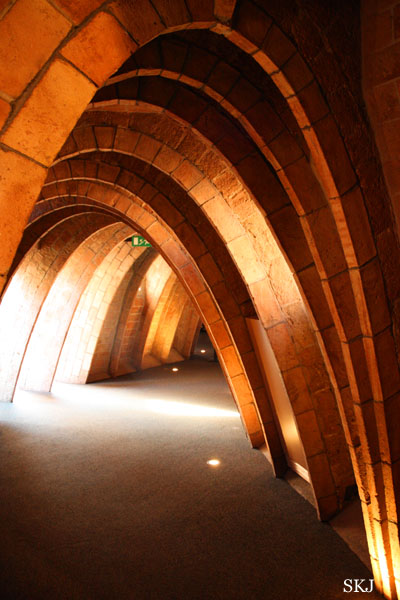 Probably a little too un-PC for today ... a lot of old advertisements and photos line the hallways. 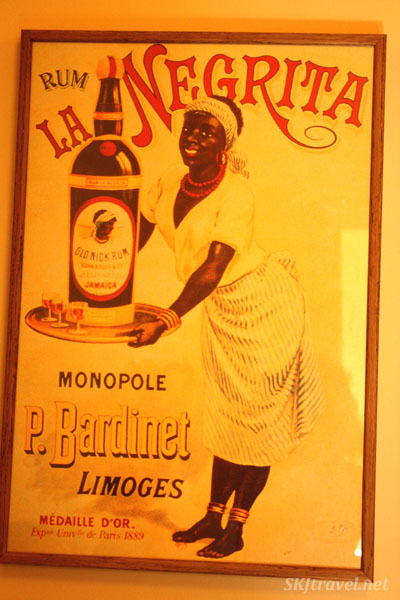 Then we walked about with our friends, went to the Olympic park where the Barcelona summer Olympics were held. This was far more interesting and beautiful than I would have guessed. Then we rode a gondola to the top of a hill where perches a fortress with some incredibly formidable cannons pointing out to sea. The gondola ride was the epitome of loveliness, and afterward we ate an overpriced lunch at a restaurant with a priceless view, overlooking both ocean and city. 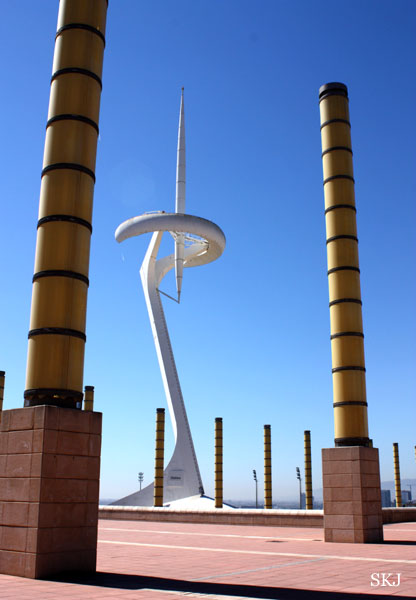 K, well off to try to sleep and dream... though for once my vivid dreamscapes may be nothing special compared to the sights I'm seeing here in my waking hours! 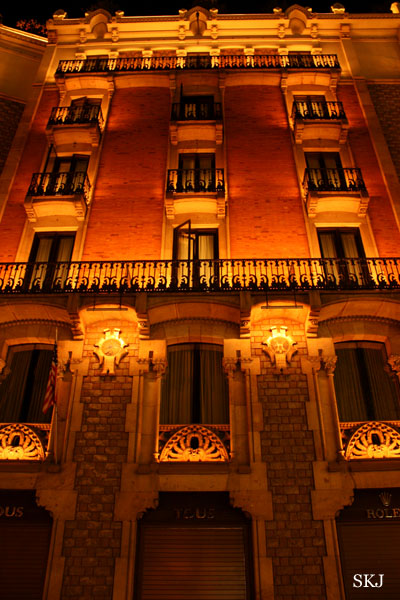