Bryce Canyon (and the fable that formed it) 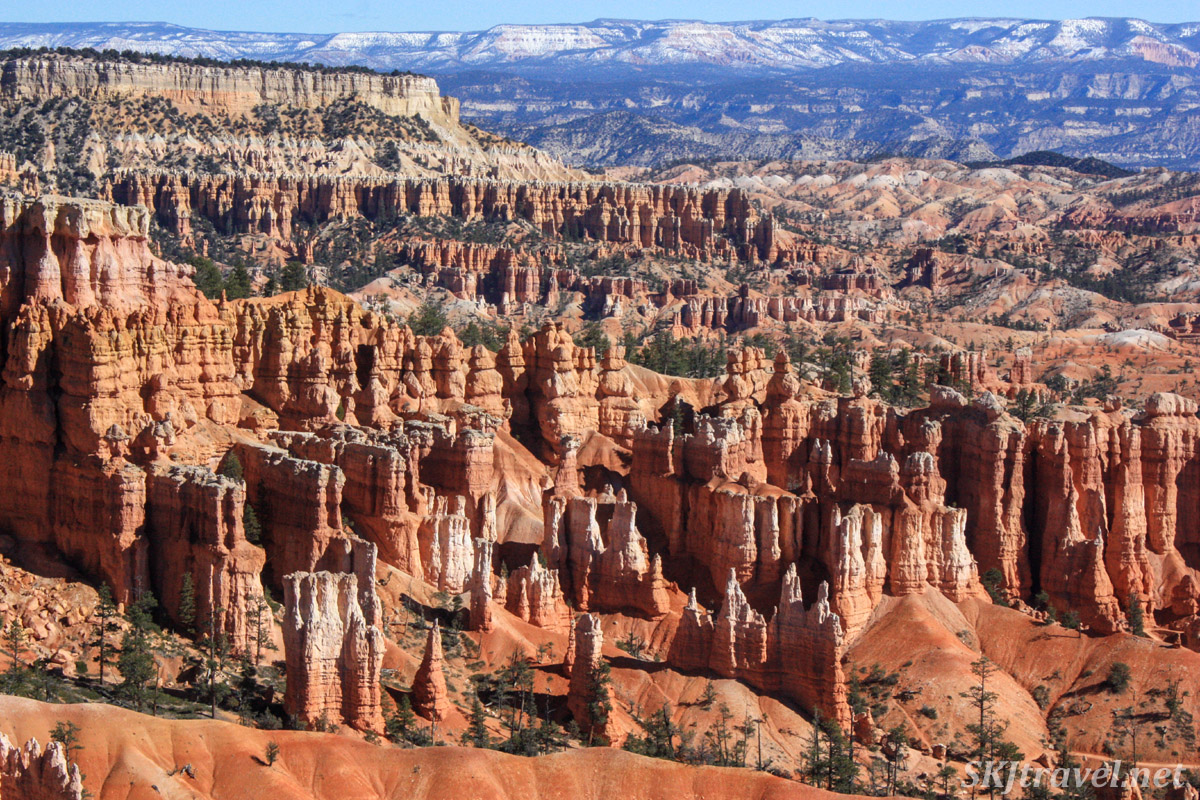 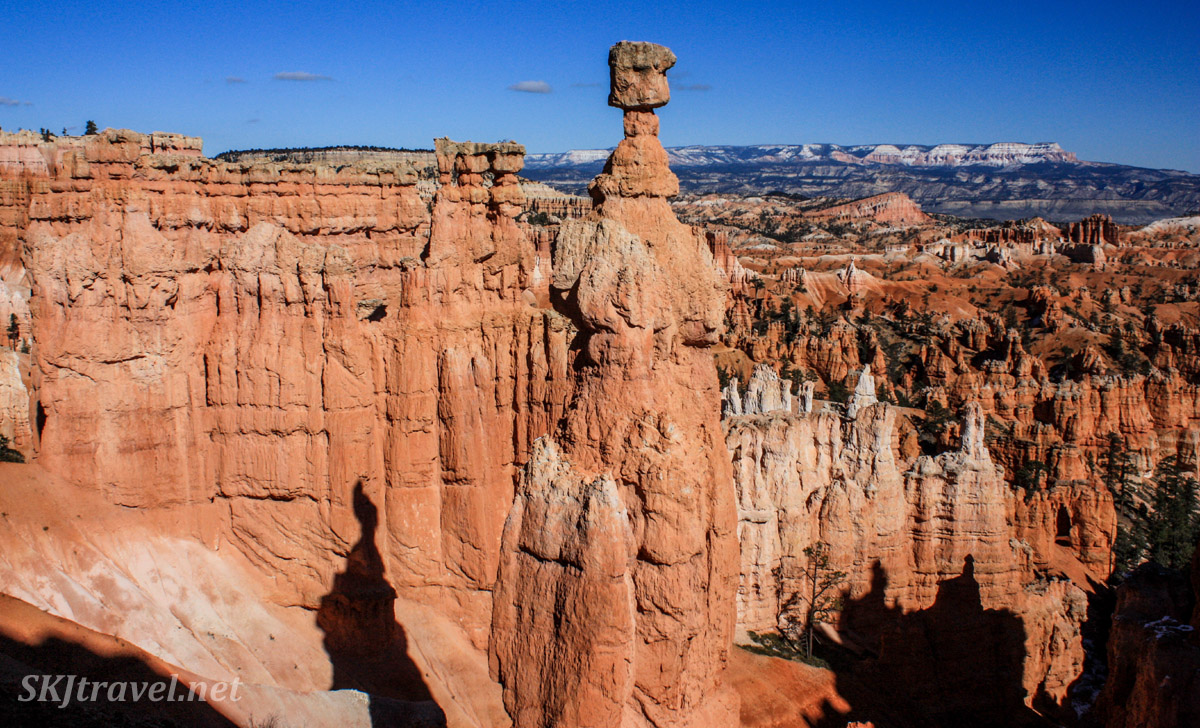 Bryce Canyon was named after a chap with the splendid first name of Ebenezer. Ebenezer Bryce. With the largest collection of unique pillar-like rock formations known as hoodoos, or commonly referred to as goblins, it officially became a national park in 1928. But for eons, it’s been the stage of a planetary tragedy – when The Great Sea withdrew from The Wide Plateau, it was the parting of two lovers. Millions of years ago when the Sea kissed the Plateau with its warm and salty ebb and flow, the two used to lie next to each other and gaze at the dragons in the sky – the stars that breathed fire and exhaled gasses across the universe. 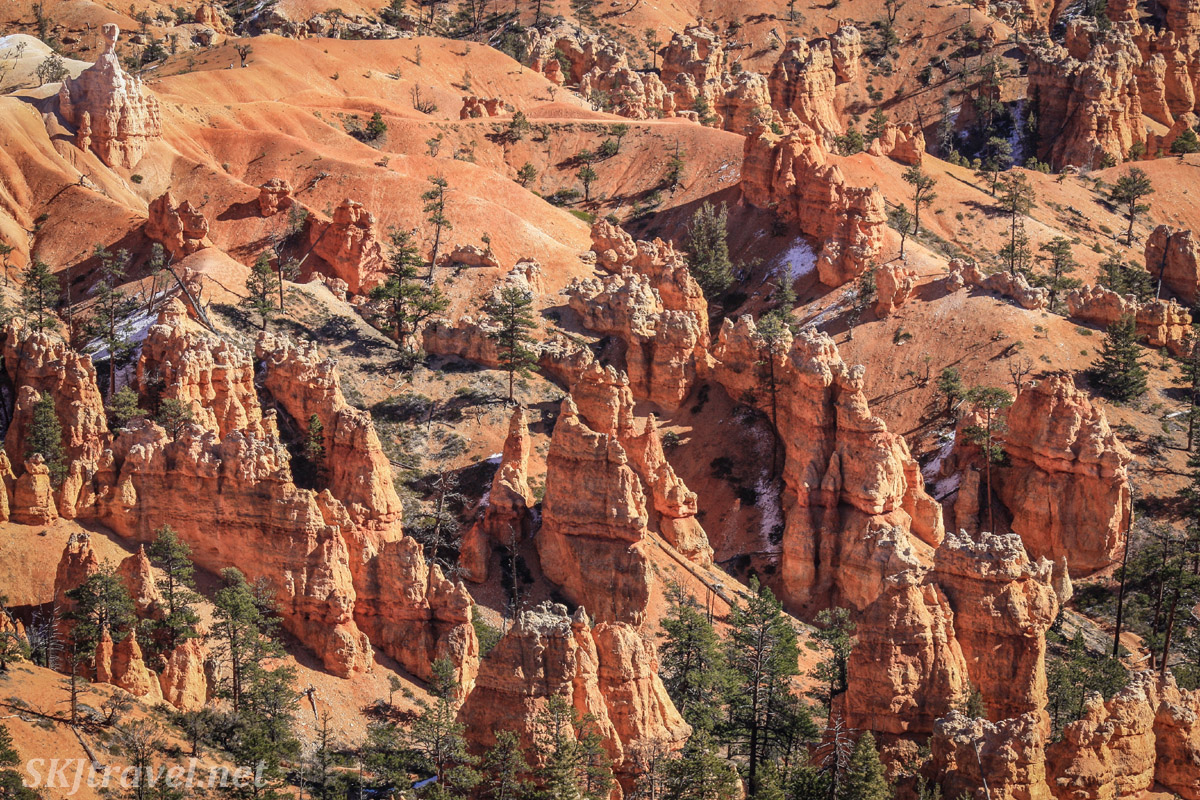 After many, many moons, after they’d watched together as stars grew brighter and extinguished, the Sea withdrew and departed forever, breaking Plateau’s heart. She cried and cried a sky-full of tears, and tiny rivulets of them ran deep into fissures in the rock. On cold nights, they froze, sometimes piling up on the ground in a hush of snow, and inside the rocks the frosted tears expanded. When the sun rose and thawed them, all that sadness seeped even further into the rock and pried it open.

Year after decade after century after millennia, time unfolded before Plateau like a colossal painter's canvas. She whittled away the vast plain with her tears as though they were her brush. Such fantastical shapes began to emerge, at long last she felt a slim ray of joy that something so magical and interesting could take shape from her tears. She became anxious and impatient to create more fantastical shapes, but so much time had passed since her lover left that she began to find it more difficult to conjure up enough precipitating sadness. So instead, she began to laugh. She laughed at the good memories of her lover, but mostly at the whimsical shapes she’d thus created. She laughed so hard until she cried, and once again her tears seeped into the rock and froze and melted and pried it apart even more. She’s still laughing to this day. 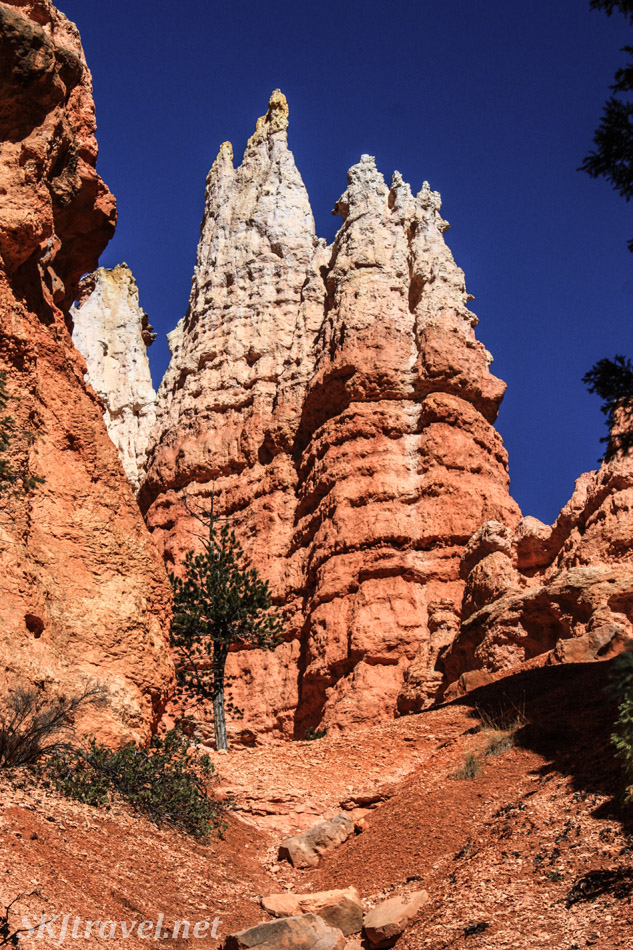 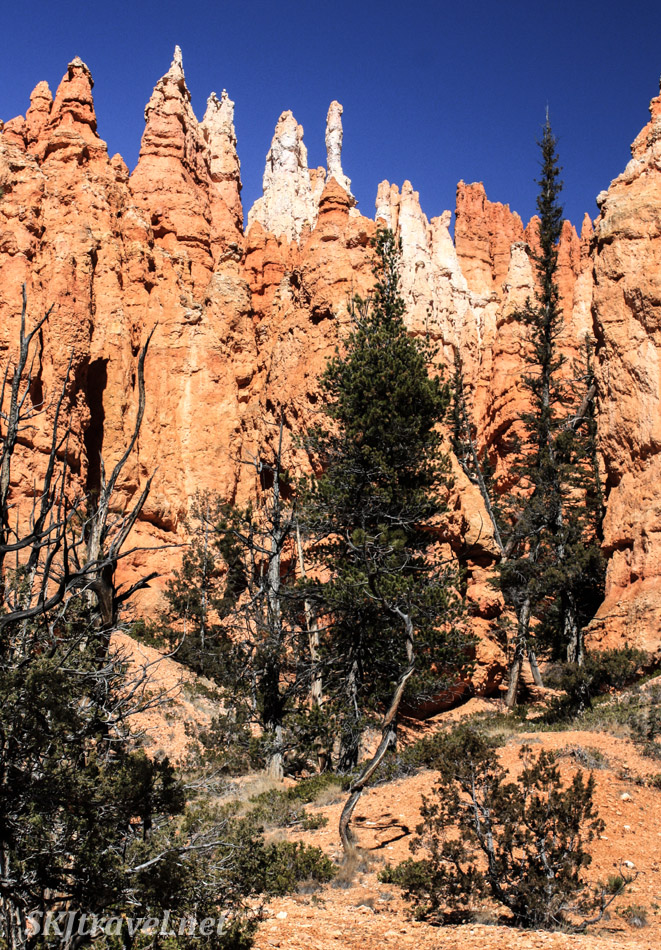 So when you look around at the myriad shapes spread throughout the park, don’t be fooled into thinking they are sniveling goblins and bewitching hoodoos. That grand amphitheater was begat from lost love; it’s a sea of tears, in truth, a sea that can never withdraw its shore. You can imagine a land of sadness or a land of joy, or even a stoic land if you mix them up together into an average over time. But in its sublime physical form, it’s the shape of romance – convoluted, unexpected, intractable, unpredictable, violent, peaceful … in the end, a grand echo of every individual soul. 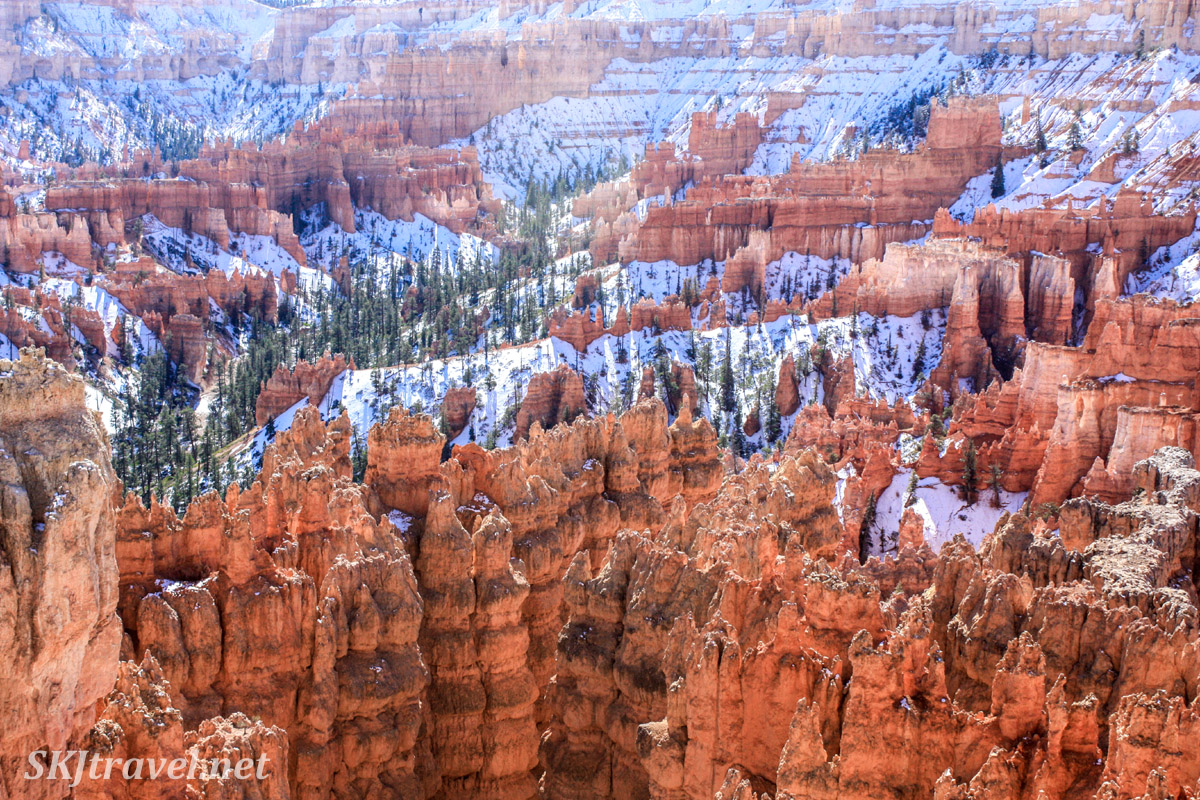 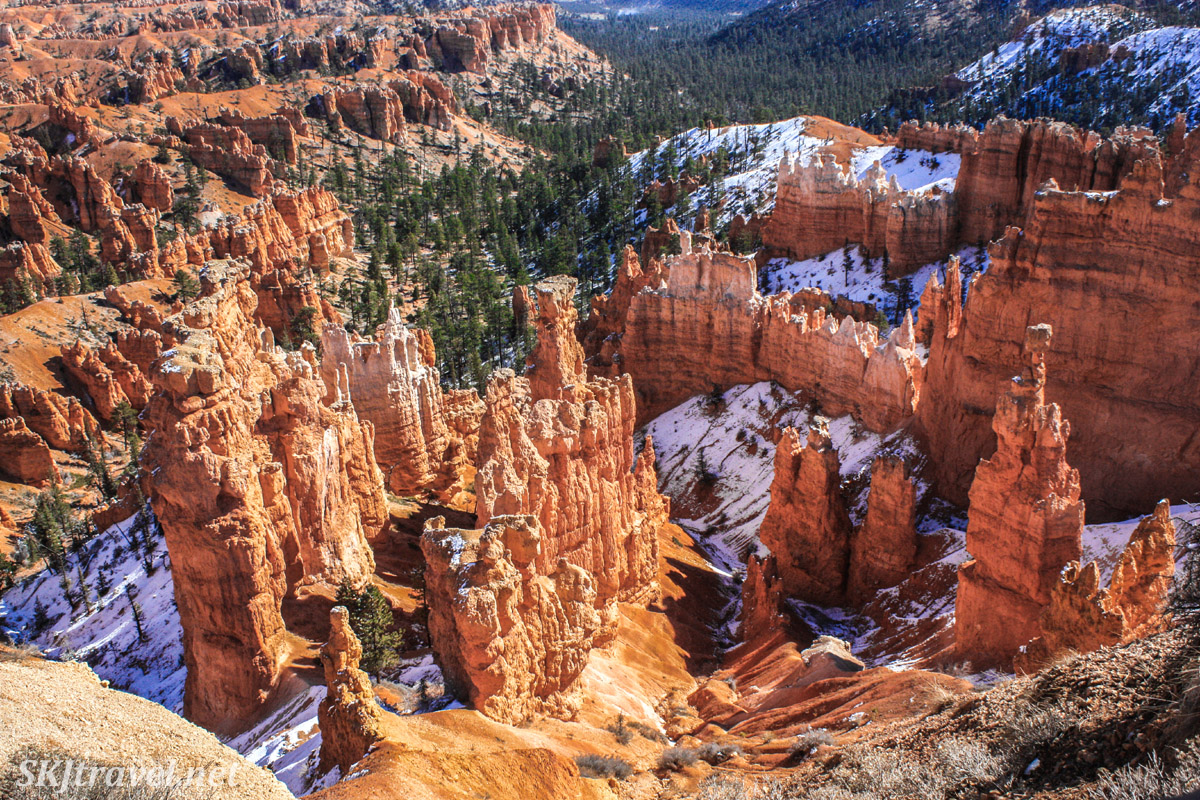 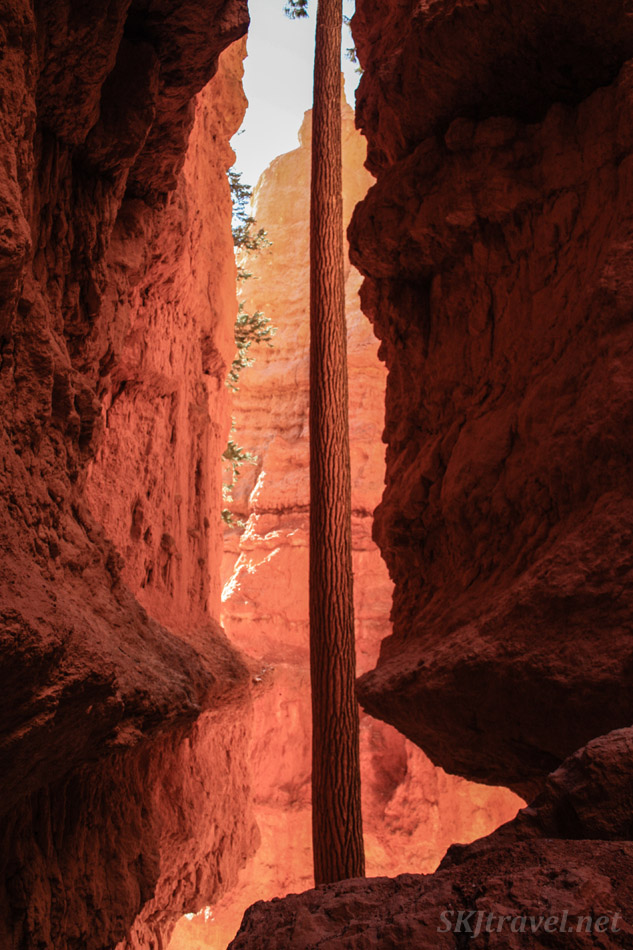 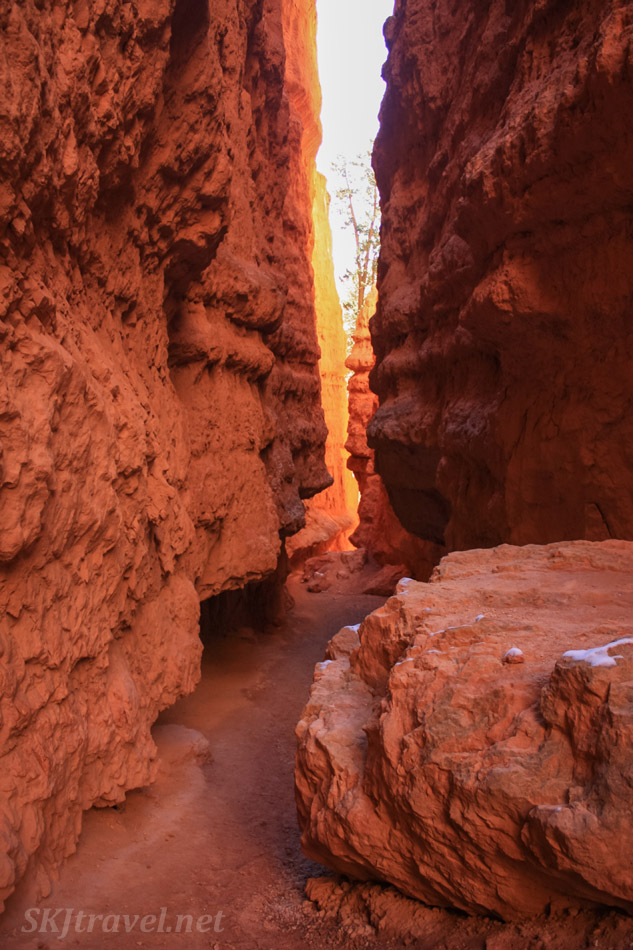 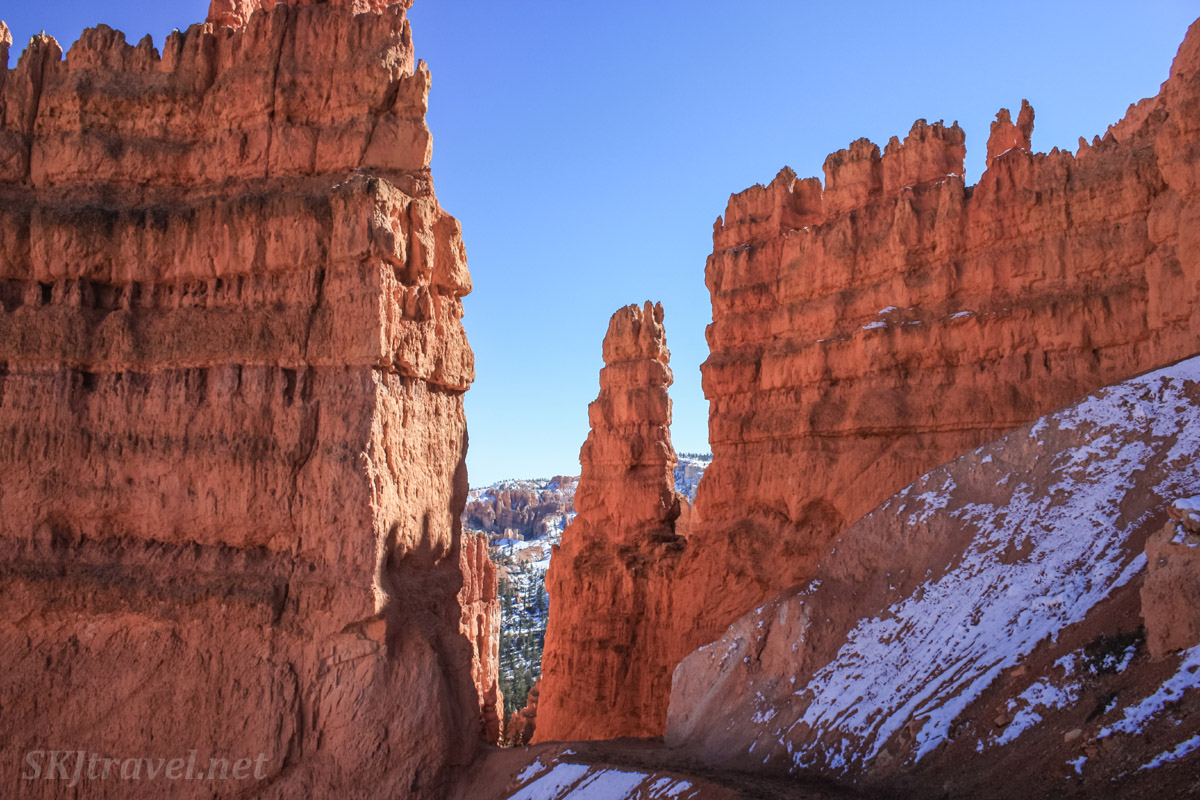 That fable, of course, is my own creation. I feel I should own up to it just so you don’t go around telling other people this is the mythical or fabled story of Bryce. (I’m sure there are more “official” myths known by the Native peoples.) I just didn’t find the landscape evocative of the mischief or malevolence implied in the common reference to goblins; I found it grand and dramatic in a romantic kind of way, it evoked in me a story much bigger and more cosmic than a gathering of individual mischievous little beasties. But the mechanism of Plateau's tears is real ... the shapes in Bryce were formed primarily by the action of frost -- of moisture seeping into the rocks, freezing and expanding, contracting and refreezing, eventually prying the rocks apart. Typically first creating a hole (an arch), which eventually collapses, leaving the pillar-esque shapes. A very straight-forward scientific process that results in very magical and other-worldly shapes. 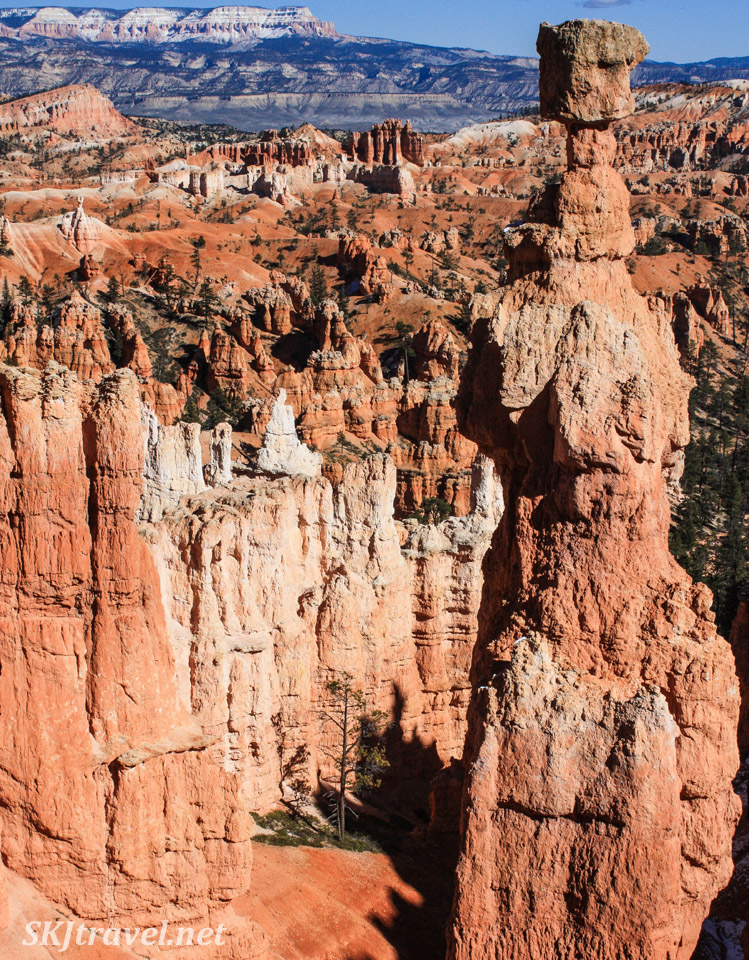